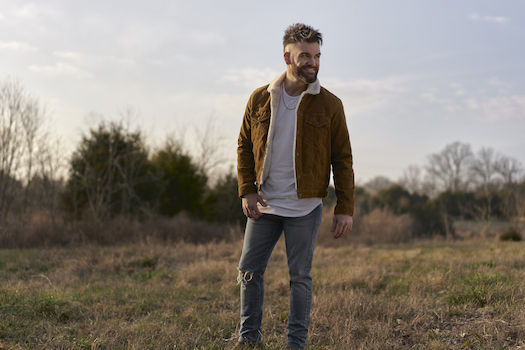 Dylan Scott’s latest radio single, ‘New Truck‘ has received over 13 million streams and today (Oct 8th) he has released the Live Video, which celebrates being back on the road playing to fans, and uses exclusive behind-the-scenes footage from his current shows.

“The first time I heard ‘New Truck,’ it sounded different than anything else I was listening to,” the Louisiana native shares. “We’ve all been in a situation where you and your significant other have broken up, and it’s tough. Every time you get back in your truck, you go back to certain memories of them in there as well. So this song is saying, ‘Man, I need a new truck to quit thinking about her.'”

The release of the ‘New Truck’ Live Video follows the release of ‘Static,’ last Friday, Oct 1st. “‘Static’ is a song that relates to a lot of people’s lives, including mine, to a T,” explains Scott. “You grow up in a small town, and all you can think about is leaving that small town, chasing a dream, chasing a dollar, moving to a bigger city. And once you get there, it’s all great. But sometimes you’ve just got to get back out in the middle of nowhere, back to your roots, where there’s nothing but a little static on the radio.”