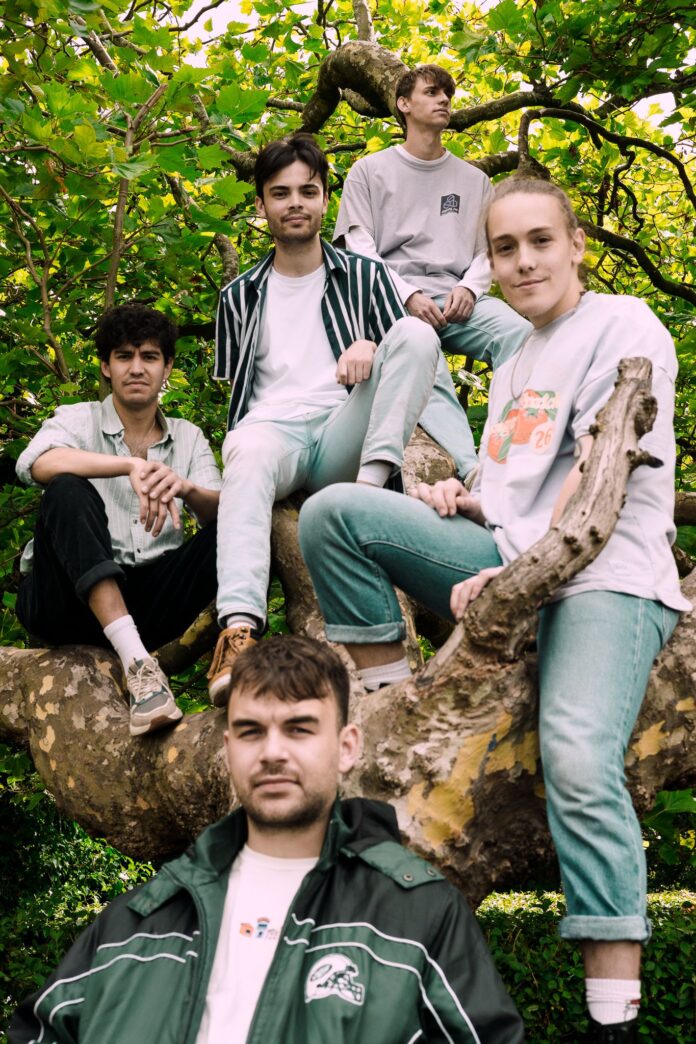 Following the release of their acclaimed Out The Neighbourhood EP and a packed summer of festival appearances, hotly tipped Liverpool-based five-piece BLONDES have announced an autumn UK tour. Full dates as follows:

Having amassed over 15m streams of their debut single Coming of Age, which became a viral sensation after featuring on TikTok; playing Reading and Leeds Festival, Liverpool Sound City, Live at Leeds and Birmingham Sonic Wave; and supporting Inhaler, Red Rum Club and Sports Team on various dates, BLONDES continue to pave their way as one of the most exciting breakthrough acts of recent times.

The band began four years ago at Nottingham University, meeting as freshers from widely disparate areas of the UK. The eureka moment for them came in the summer of 2019 whilst watching a set from The Vaccines at Glastonbury Festival, during which they heard an impassioned speech encouraging people to start a band and be fearless in chasing their dreams.

BLONDES took this as encouragement to finish a song that guitarist Alex Davison had started writing several years previously; a song about chasing those dreams that would eventually become the debut single Coming of Age. The anthemic chorus (“Here, something really could happen”) became the band’s prophecy. Armed with self-belief and a handful of great songs, they agreed that they would not return home after finishing university, instead moving in together to focus on their career.

Social media then helped catapult the band to the next step. Coming of Age became viral on TikTok as thousands of videos featuring the song appeared across the platform, reaching millions of views, and BLONDES were suddenly trending. In response, TikTok launched an official Coming of Age trend on their behalf, resulting in millions more streams of the song. Following this initial success, the band signed with C3 Records – established by the founders of C3 Management and C3 Presents, one of the world’s largest festival producers – and released their debut Out The Neighbourhood EP.

BLONDES are now writing and recording new material, the fruits of which will be launched soon.