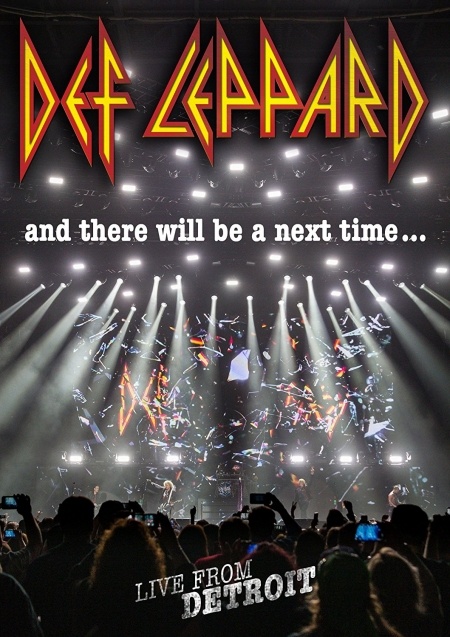 This video is Def Leppard doing what Def Leppard do, and as a Def Leppard fan it’s the sort of thing I’d happily watch a couple of times.  But I can’t help making comparisons with the other live video’s they’ve released during their almost 40 year tenure.  In 1989 when the group released Live: In the Round, In Your Face it was special for two reasons: 1) it was their first live video release, and 2) the were one of (if not THE) first rock / metal groups to perform a concert “in the round”.  Since then, they’ve released segments of the legendary concert in 1993 at the Don Valley Stadium in Sheffield, followed in more recent years with Mirrorball and Viva! Hysteria.

All of these video’s rarely disappoint, but they fail to capture the magic of those moments in the late 80’s / early 90’s of the band rising to the heights of the Hysteria-led fame, the subsequent passing of founder member Steve Clark, and the memorable moment at the Freddie Mercury Tribute Concert in 1992, which also saw the band introduce new guitarist Vivian Campbell.  That said, “And There Will Be a Next Time” does capture the band in their element, the self-titled latest album featuring, as many critics have written, some of Leppard’s best work since Hysteria.  The band have had to overcome a number of obstacles in their timeline, most recently the aforementioned Vivian Campbell’s battle with Hodgkin’s lymphoma, yet despite all of this you cannot deny that the band always perform to their best, they visibly enjoy what they do and, as the title suggests – there is more to come.

Production-wise, the DVD is fairly simplistic, no-nonsense graphics or introductions – we’re straight into the live action from the get go!

In summary – if you’re not a Def Leppard fan, you won’t be interested, but if you are it’s certainly worth a watch.  They won’t win over any new fans with these releases, but perhaps rekindle some memories for those of us that have grown up with the band for most of our lives.