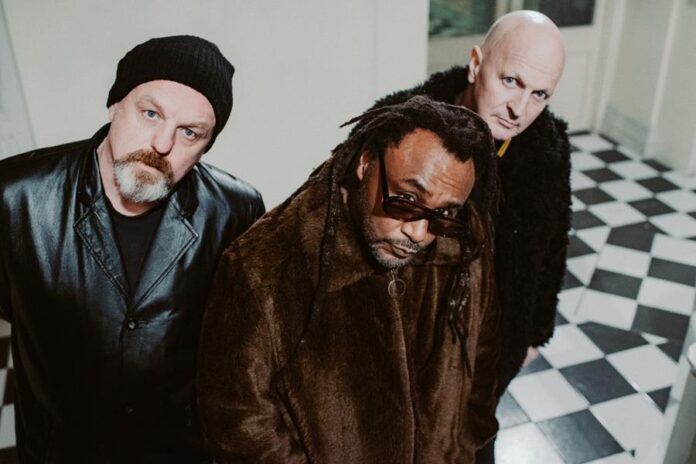 The track packs a punch with jagged guitar, furious rhythms and tough vocals from founder and frontman Benji Webbe (who many will also recognise as the mighty Skindred’s frontman). Released in the midst of the celebration of Black History Month in the US, “Blackkk Man” is a furious revolt against racism and a bleak reflection of crucial events from this decade in particular, including the murder of George Floyd.

“This song is exactly how I was feeling at the time of Mr Floyd’s murder. This is a cry from my heart for equal rights and justice – and the other boys in the band feel the same as I do. No one chooses the skin they’re in – should the skin you’re in help you to win? It’s a question we all need to think about!” declares Webbe. “This racist injustice has been going on way too long and, unfortunately, even with all the cries and the pain, it still continues.”

A thought-provoking statement song, “Blackkk Man” and the album it resides on launches Dub War back into the industry as the band who turned heads with their groundbreaking genre-bending once more. Alongside this potent punk rock-laced track, ‘Westgate Under Fire’ offers up dance infused metal, ragga-punk and sinister metal with exotic beats.