Drug Busts, Swat Teams, Lifts and Bidets – A Day In The Life of The Silence 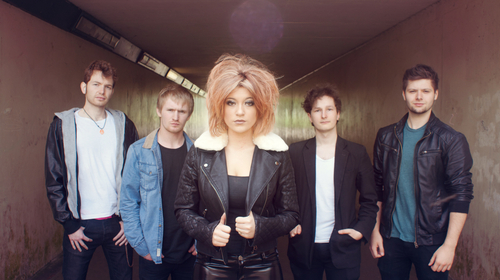 Whenever The Silence head out on tour, crime and carnage seems hell-bent to follow in their wake. Given the band tour
so much, danger, hilarity and the unusual really has become an every day occurrence in the life of this energetic pop-punk
band from the North East of England.

More is set to happen – as the band released new EP “This Wilderness” at the beginning of last month.
So, just what has gone on? Well, there was the time a one armed, facially scarred taxi driver picked them up in Spain after their tour van broke down, drove them to the middle of no-where in the mountains, met up with a woman and a man at a tin hut, who then preceded to stare in silence at the band and the car for 10 minutes. They then angrily discussed in Spanish what to do with the band members trapped in the car – before driving them back down the road, charging them 100 euro’s and leaving them stranded again – proper horror movie style.

Then there was the time the band found themselves staying in a run-down motel in the bad part of Miami. With two
rooms between them, they all took refuge in just one after gun shots and sirens right outside. Woken again at 4am to
screams, the band peeked out the door to see the door of their other room being smashed in by a SWAT team – before
turning their attention, and guns, on the group, on suspicion of them being involved in major drug crime! Apparently, the
actual criminals where staying just next door.

The funny stuff includes being stuck in a glass lift for two hours at a venue – a service lift that expressly stated ‘NO
PERSONS’ – with everyone able to see them through the glass. Or the time the band members told a hotel how nice the
room was, and how posh it was for containing a separate sink to your feet in – in fact, the Bidet.

When they find the time they release music. Like this.