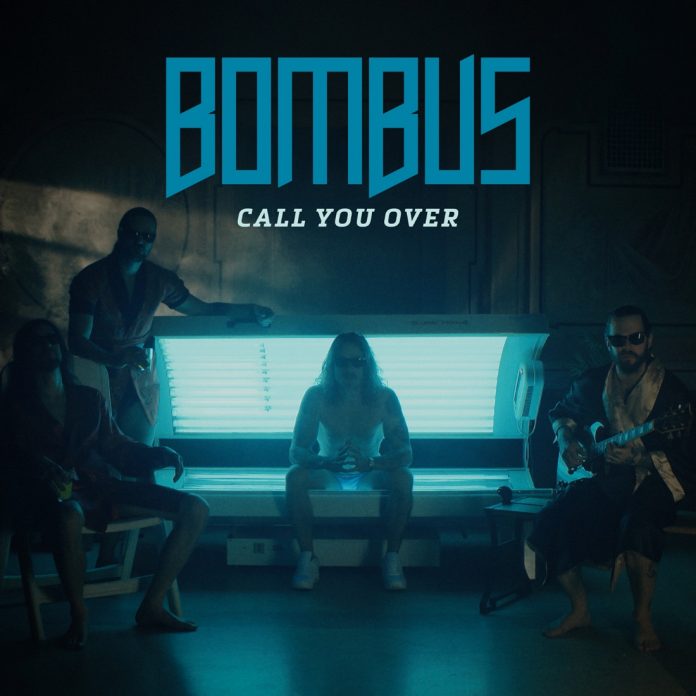 BOMBUS have released a new two-track single entitled “Call You Over”. The single features the song ‘I Call You Over (Hairy Teeth, Pt. II)’, which was taken from their latest album “Repeat Until Death”, and another, previously unreleased track called ‘Black Stakes’.

They have also released a brand new video for ‘I Call You Over (Hairy Teeth, Pt. II)’ – watch the video here:

The band comments: “Friends of Bombus! “Repeat Until Death” is coming full circle and we have already entered the studio for the recording of our fourth studio album! What better way to celebrate this than with the release of a new single and a video! ‘I Call You Over (Hairy Teeth, Pt. II)’ is taken from “Repeat Until Death”. The video is made by the ingenious and extremely good looking Adam Holmquist, who also did the video for ‘Deadweight’.  ‘Black Stakes’ is a previously unreleased, cool and quirky lil’ track.

This release is dedicated to Amélie de Moy – who appears in the video – and Nicklas Högberg at Live Nation who both sadly passed away to fucking soon. That fucking sucks…

But we really hope you all enjoy this release and we will see all y’all soon!
Hail, kill and don’t forget to wear white Speedos! Peace out!“

The digital single including the previously unreleased track ‘Black Stakes’ is available on all download and streaming platforms. Stream and download the single here: https://Bombus.lnk.to/CallYouOver

You can also check out the previously released videos for ‘Deadweight’ and ‘Repeat Until Death’ below.