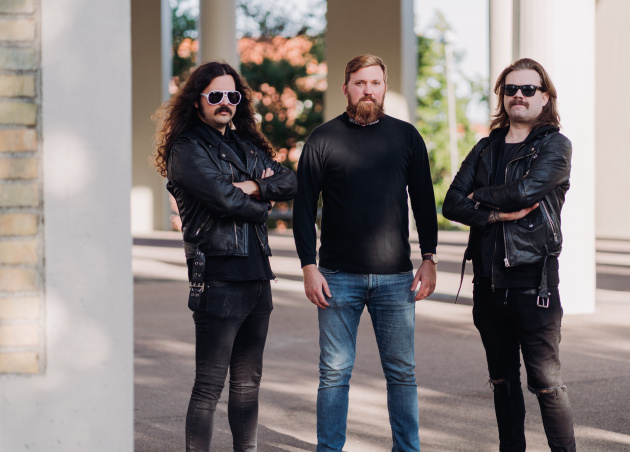 Swedish action rock outfit The Drippers have released their second full-length studio album “Scandinavian Thunder” during the winter of 2021. Following the success of their praised debut album “Action Rock” from 2019, the Gothenburg power trio returned with an album that’s more furious and action-packed than ever before. With all knobs turned to eleven, the band delivers an uncompromising discharge of raw power. From the said album, the band has now released a brand new music video for the track “No Stars”.

Frontman Viktor Skatt comments:
“No Stars is the third single from The Drippers second album Scandinavian Thunder, produced and mixed in Sunlight Studio by Tomas Skogsberg (The Hellacopters, Entombed, Gluecifer, Backyard Babies etc.). The video was filmed in Göteborg by Eric Rosén (director, editor) and is loosely based on the song’s lyrics, which cover heavy subjects such as substance abuse and mental health from a close to psychotic first-person perspective. We wanted it to be creepy and a little random, so we just went with every stupid idea we had. Twin Peaks horror, fish egg spread Carbonara, Dräpare drinks (a classic Swedish mix with Vodka and Baileys) and the FORCE! It all fits in the chaotic Rock N Roll nightmare that is The Drippers.“