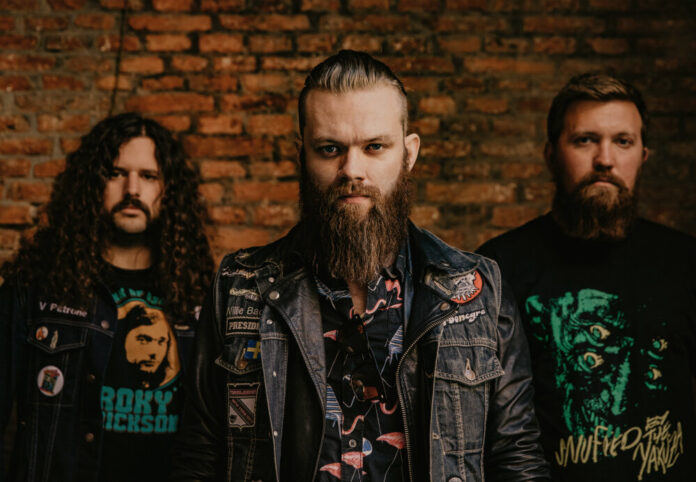 Swedish action rock trio The Drippers releases the single “Time for some Action” on `September 24, 2021. High octane garage punk’n’rock with raw vocals and thick, distorted guitars. The single is the first taste of The Drippers’ upcoming second album, which follows the band’s acclaimed debut full-length “Action Rock” from 2019.

Viktor Skatt, bass player and vocalist of the band, explains how the single “Time for some Action” came to be:

“It was William who told us in the car, going up to Sunlight Studio, that he had a new song that was gonna be on the album. We’d worked hard and pre-produced the other tracks over several months so it seemed like he was a bit late to the party with this one. But we learned the song in the studio and worked on it for half an hour. Turned out it had a great groove to it, and with that commanding title it was a fitting song to choose as a first single. It’s time for some action!!”

“Time for some Action” is out now on all streaming platforms via The Sign Records.