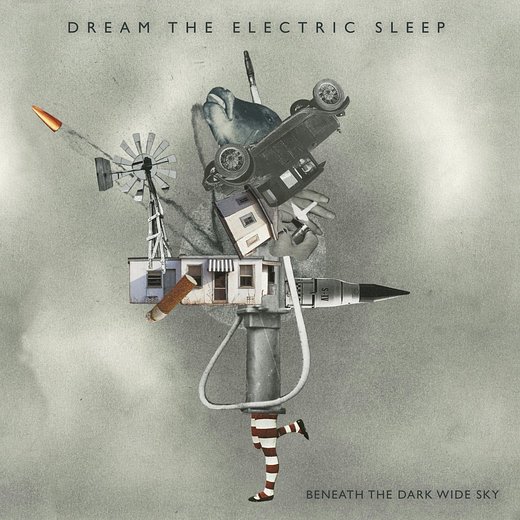 Garry gets his abbreviations ready for the new one

DTES as I shall refer to them for the rest of this review are a band I’ve dipped in and out of during the last few years but when this album landed on my desk I put it on and before I knew it the album had played through and I instantly hit replay.
The album has a big sound which I find works easiest if you play the album as a whole, some albums you can play happily as individual tracks but I find this new DTES is better as a continual piece, you find yourself getting swept along with the whole feel of the album.
Tracks such as the breathtaking ‘Black Wind’ with its angst ridden vocals has you on the edge of your seat from the first second where as tracks like ‘Flight’ and the brilliant ‘We Who Blackout The Sun’ really capture the excellent musicanship that runs throughout the album.
Songs such as ‘Let The Light Flood In’ and ‘The Good Night Sky’ have a real early 2000s vibe to them which is no bad thing at all…..tell me a band who hasn’t put their influences onto their records over the decades.
This DTES record may not be the album that propels them to the next level….but the next level is a difficult step, I think this album will attract more new listeners which is what you strive for as a band…..it’s a tough time for a lot of bands and artists in the music industry but I feel that with this album DTES are making the right moves.
Garry Foster
Unchained: Tuesday’s 10pm-Midnight
Prog Rock Files: Thursday’s 10pm-Midnight
101.8WCR FM & online at www.wcrfm.com