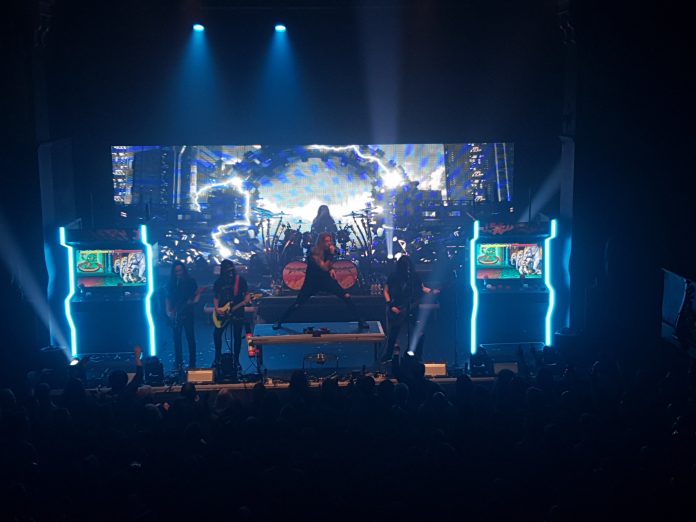 Thomas McRocklin has no right to be 39 years old. I remember watching him as the teenage prodigy who was so good at the guitar Steve Vai made a band for him, basically. A child – literally – of the 80s that’s where McRocklin And Hutch have returned to. The key is that Hutch is a synth wizard and the sound of the duo is awash with that. “Running Around” and Spectrum” more than live up to the tag (possibly invented for them?) of Retro Synthwave Shred, and however niche that market is, there’s no doubt, that with their lavish cinematic backdrop M and H have something different. The other week I saw Lebrock, who were unashamedly 80s, this is from the same ilk. Just with no words. Not bad, for a duo that sounds like a firm of accountants. It all adds up, anyway (sorry). 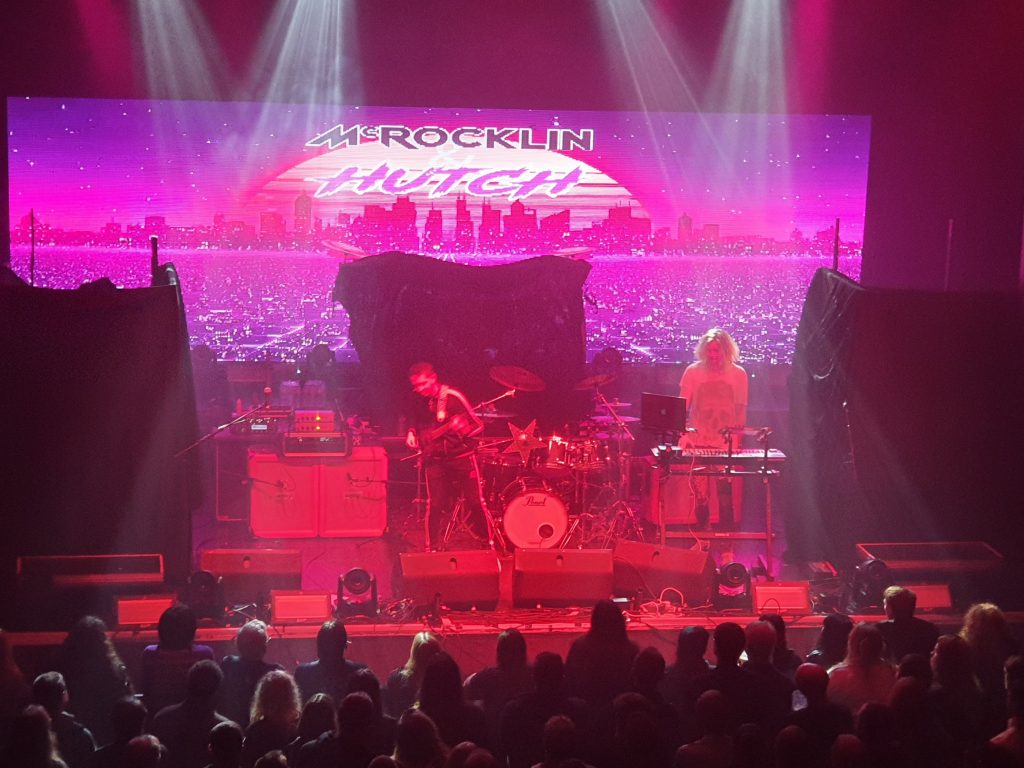 When I reviewed Lovebites “Clockwork Immortality” record earlier in the year I said something about them being “metal in the truest sense, that is to say people who don’t like heavy metal think it all sounds like this”. Watching them here only underlines that. The Japanese troupe deal in relentless, pounding, unashamed metal. Horns up and absolutely brash.  What does become clear, though as this 45 minutes winds it’s way to the end, is three things. First, they’ve always had that sound. “Hammer Of Wrath” one of their earlier records, kicks things off with the ferocity of a runaway train. Second, “….Immortality” is where they honed their craft,  the likes of “Rising” are as good as traditional (note, not retro) metal has, but third – and here’s the crucial bit: they aren’t deviating from the path. New song “Signs of Deliverance” is your proof. But as “We Are United” finishes up, the overriding feeling is that although the look of Lovebites is a world away from denim and leather, the sound that brings us all together, lives on here better than in most other metal bands that exist in 2019. 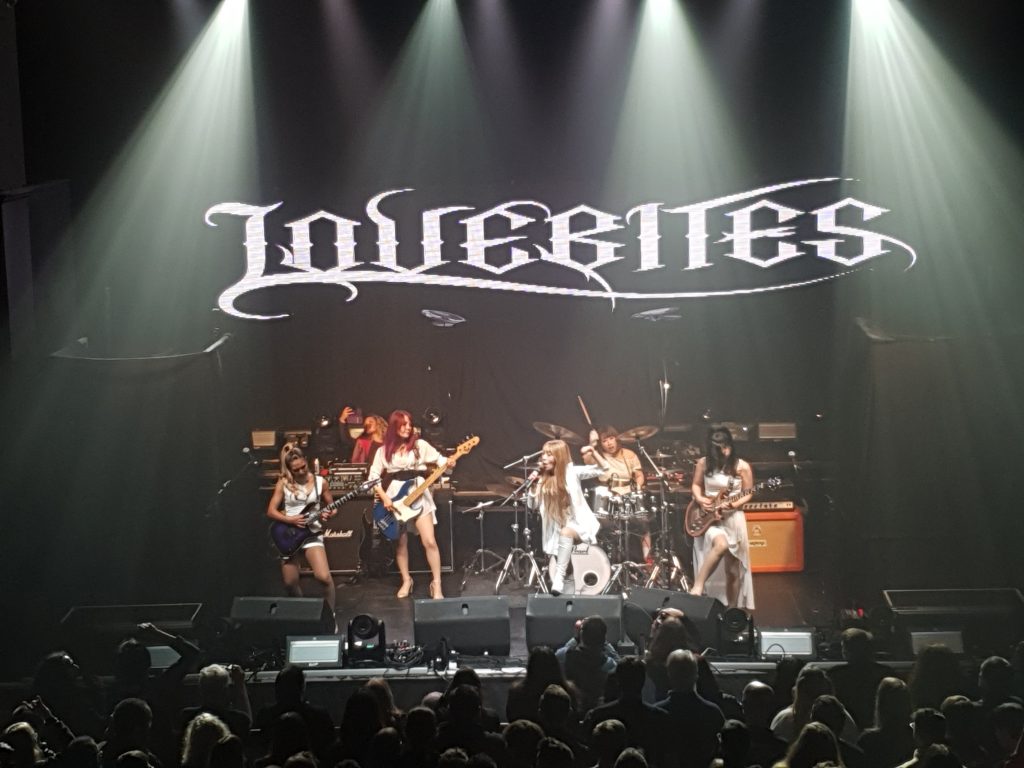 Most bands would save it for the end. Some wouldn’t do it at all. No one told Dragonforce that, big, bombastic metal is dead.

Not a bit of it. These boys actually let the confetti cannons off before they start.

And it gets bigger from there.

Guitarists Sam Trotman and Herman Li – the pair in many ways the beating heart of the band – stand atop of the giant Arcade Game machines that have been mocked up on either side of the stage, and a song breaks out. And “Highway To Oblivion” from the aptly named “Extreme Power Metal” is perfect too.

The show and the music have always gone hand in hand with Dragonforce and here, on the biggest tour they’ve ever played, things are ramped up to 11 (Spinal Tap reference deliberate).

The video game motif is all the way through this and even if I’m the only one who doesn’t know what Skyrim is in the place, it seems, then you’d best believe I do know that “The Last Dragonborn” (which is about the game) is a fabulous song.

That also shines a very important light on this, because if you’ve never played a computer game in 30 years, but still love ludicrous metal then Dragonforce still rule.

And it really is ludicrous. There’s a ten minute interlude where they play computer games soundtracks with Thomas McRocklin (all this proves is that frontman Marc Hudson can really play guitar and Trotman rocks a banjo).

“I’ll bet you guys are wondering what the just happened?” Offers Hudson and he’s not wrong. That said,  early song “Black Fire” is fast and furious, foot to the floor stuff as a follow up.

Rightfully, though most of the set is from the new album – a career high –  “Razorblade Meltdown” soars, an epithet you could apply to any of these but “Cry Thunder” takes soaring and raises it to stratospheric.

“Remembrance Day” (“the night’s token ballad” says Hudson) does that thing where phone torches light the sky, while “Valley Of The Damned” ends the main set, with a smoke cannon fired everywhere, but there’s an encore – but rock stars do them, right?

In typically camp fashion, they do the cover of “My Heart Will Go On” that’s on the record, and – of course – “Through The Fire And Flames” finishes things.

It did, as I recall, the first time I saw them, opening for Slayer. And not much has changed since. Except this: now they are the band they always dreamed of being. And haters – and there’ll be a lot of them- can hate, but Dragonforce couldn’t care less. And they are fantastic at it. Now they’ve taken it to extremes