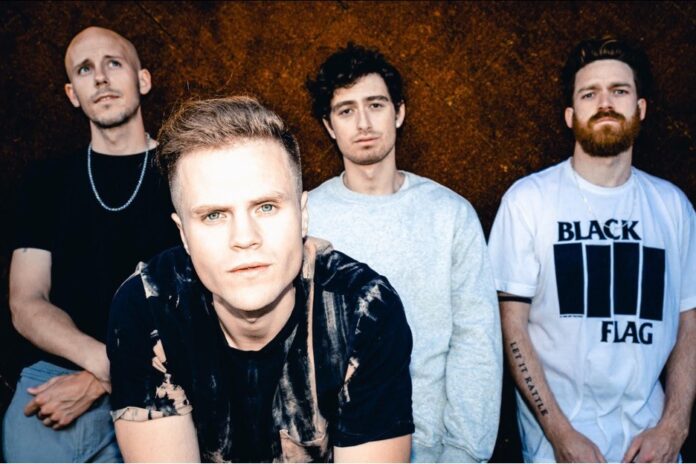 Los Angeles quartet Dead Poet Societyhave announced a UK & Euro headline tour; kicking things off with an appearance at 2022’s Donnington Download Festival, the headline run begins in Glasgow, hitting up London and Manchester, before heading over to France, The Netherlands, Germany & Denmark.

Head to www.wearedps.com for tickets and more information.

Meanwhile, the band will return to the road this spring supporting Biffy Clyro, who hand-picked the band for the bill. The tour kicks off April 17th in Chicago and runs through May 9th in Los Angeles.

Dead Poet Society are poised to have a major year in 2022. The band released their debut album-!- (said as “The Exclamation Album.”) a year ago and have since accumulated over 50 million global streams. The single “.CoDA.” was a Top 15 single at radio, spending over 20 weeks on the chart. The track was also featured on Spotify’s Rock This playlist. Meanwhile, latest single “.intoodeep.” has just entered the chart at #30. The band hit the road last fall in support ofBadflower and made appearances at the Welcome to Rockville and Louder Than Life festivals. Across the pond, the band appeared at the Reading and Leeds festivals. At Reading, they drew one of the biggest crowds of the day.