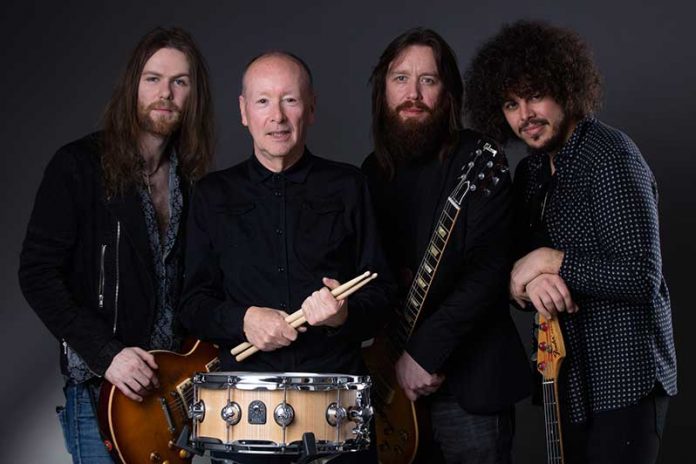 Due to popular demand Brian Downey’s ALIVE AND DANGEROUS will return the Camden Underworld on Thursday 7th November. Tickets are on sale now via the venue.

When Thin Lizzy’s reunion wrapped in 2013, Downey declined the offer of joining Black Star Riders, and decided to take a year off. In 2013, he met guitarist Brian Grace and discussed various aspects of music, and which direction he wanted to take his music next.

Says Brian, “After the Thin Lizzy reunion shows finished in 2013, I was asked to join what turned out to be Black Star Riders, but it just didn’t feel right for me.”

Continues Brian, “In January 2016, following an appearance at the Vibe for Philo in Dublin, I approached Brian Grace and that’s when we discussed getting a band together. After a few rehearsals, Brian suggested that we rehearse with Matt Wilson (lead vocals, bass) and Phil Edgar (guitar), both of whom had been in a band called The Low Riders (their name was taken from a lyric from the Thin Lizzy song Johnny The Fox).”

“In January 2017, we jammed together at the Vibe for Philo, and it went so well, that we decided to form Brian Downey’s ALIVE AND DANGEROUS and made it a full time proposition.”

2018 marked the 40th Anniversary of Thin Lizzy’s Live and Dangerous album.  Although the album was recorded live in 1977 at London’s Hammersmith Apollo and Toronto’s Seneca College, it wasn’t officially released until a year later in 1978.