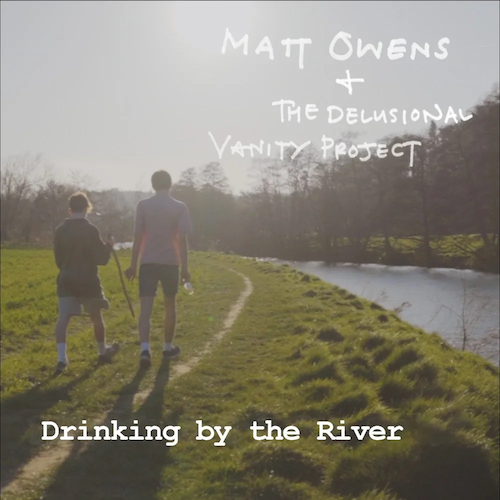 Midway through a season of live dates and festival appearances that kicked off with a set at Glastonbury in June, Matt Owens has today (5/8) shared another new track from his forthcoming album, ‘Drinking By The River‘ – listen here.

The full album, Beer For The Horses, will be released on October 21st, 2022 and is available to pre-order/pre-save now. The new song follows the release of the album’s title track earlier this year, which has already been played on Planet Rock, BBC Stereo Underground, Absolute Radio Country, RTÉ Radio One, CountryLine Radio, TotalRock and more – watch the video for ‘Beer For The Horses’ here.

“I wanted to have a load of songs on Beer for the Horses that were more than capable of opening or close a really killer love set. The groove on this always helps me imagine I’m Steve Earle, and I love how it introduces the band and just keeps building and building,” shares Owens.

“The song was written for a young guy I help out with his guitar playing, and when lockdown hit I was hearing on Zoom how he’d just started going out with his mates, drinking horrendous alcoholic concoctions, smoking, meeting girls… all the standard stuff I used to do when I was his age. In a park, drinking by the river. I noticed he was handling house arrest a hell of a lot better than I imagine I would have done. At that part of my life every night, or meet up, it all seemed so crucial. To miss years…

“Anyway, Hannah Johns from The Leylines plays some great anarchic fiddle, and James Jack had a great time shredding. I smashed it out on my Eko 60’s 12 string, we had a blast and cut live. First song of mine, with a seismic Hollywood key change too, so there you go.”

The follow up to his celebrated 2019 solo debut Whiskey and Orchids, and 2020’s acclaimed Scorched Earth – recorded under strict Covid restrictions, meaning the majority of the parts had to be multi-tracked separately – new album Beer For The Horses finds Owens back in the live room surrounded by The Delusional Vanity Project, a seven-strong band of noteworthy musicians he’s crossed paths with throughout his twenty-year career.

Known for his work as a founder member of indie-folk band Noah and The Whale, who he toured the world with for almost ten years, Matt’s solo music has drawn attention to his own songwriting, allowing him to explore an edgier side, telling stories laced with dark humour and wit that will appeal both to fans who have followed his career to date, and those looking for something more gritty, and less polished. Never afraid to put in the time and miles, he’s also spent recent years developing his skills as a producer and co-writer – notable credits include Elles Bailey’s radio hit ‘Sunshine City’ – while appearing (both as a collaborator and support artist) with the likes of Thea Gilmore, and performing his solo music at festivals across the UK.