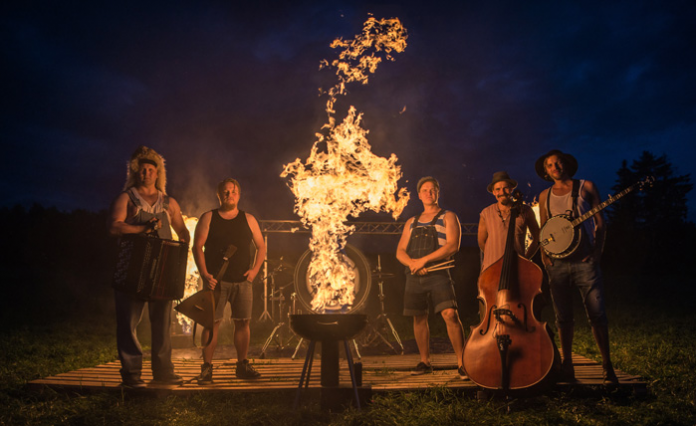 The greatest stories ever told tend to start in a stable, and so it is with Steve ‘n’ Seagulls, the bad-ass bluegrass maestros from rural Finland whose skilful re-workings of some of metal’s finest moments have led to tens of millions of views on YouTube, two acclaimed studio albums, plus non-stop touring on a global scale!

And now these sons of the soil are set to plough fresh UK turf in March / April 2017 with their most ambitious run to date; hitting the road under the ‘It’s A Long Way To The Top’ banner, the five musicians will bring their party-ready headline show to the following towns & venues , with special guests tbc.

‘Brothers In Farms’ – the latest studio album from S’n’S, the follow-up to 2015’s ‘Farm Machine’, both issued via Spinefarm – sees the band delving into the world of original material for the first time, although the majority of the tracks continue to be ‘hillbillified’ versions of rock & metal classics, the likes of Iron Maiden’s ‘Aces High’ and Guns n’ Roses’ ‘November Rain’, the current single / video.