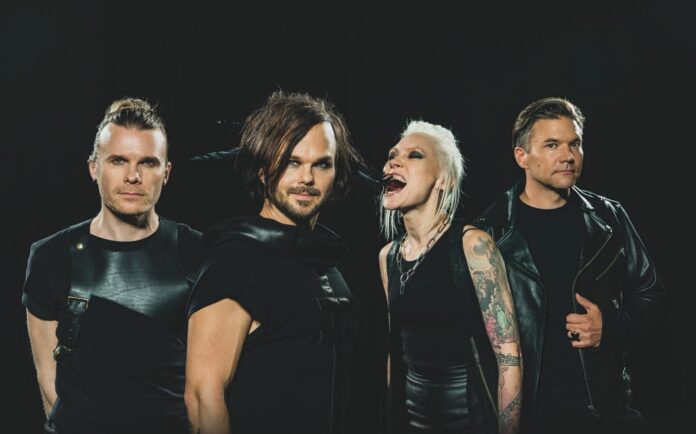 After being crowned the winner of Finland’s Eurovision selection contest, Uuden Musiikin Kilpailu (UMK), THE RASMUS are set to represent Finland in the Eurovision Song Contest 2022!

The multi-platinum selling rock band will be the first act to perform at the second semi-finals on May 12th, at 8pm BST. If they successfully make it to the top 10 of the 18 participating acts, they will qualify for the grand final taking place in Turin on May 14th. During the finals, fans can vote for The Rasmus via phone, SMS and through the official Eurovision app. Fans can watch the show on BBC One.

The band are currently rehearsing for the finals in Turin. “The first training week went really well! Everything at the arena is so well organized and we’d like to give big credit to the professional stage team at Eurovision, who are working with our challenging performance. The atmosphere in Turin is lovely and people are all kind smiles. It is a great honor to represent Finland in such a wonderful event,” the band comments.

Take a sneak peak at the band’s first rehearsals at Eurovision and watch their acoustic set in the streets of Turin here.

The Rasmus’ Eurovision entry song Jezebel was co-written by frontman Lauri Ylönen and renowned producer-musician Desmond Child. Child has worked with rock legends including Bon Jovi, Alice Cooper and Kiss, and also produced The Rasmus’ 2008 Black Roses album. The Eurovision entry ‘Jezebel‘ was written in just a few hours based on Lauri’s demo.

Together for nearly 30 years now, The Rasmus are one of Finland’s most internationally successful groups. The Rasmus have released nine albums, won numerous music industry awards, and played gigs all over the world. Their biggest hit, ‘In the Shadows‘, has broken the 100 million streaming mark on Spotify, despite being released many years before the streaming platform was even invented.