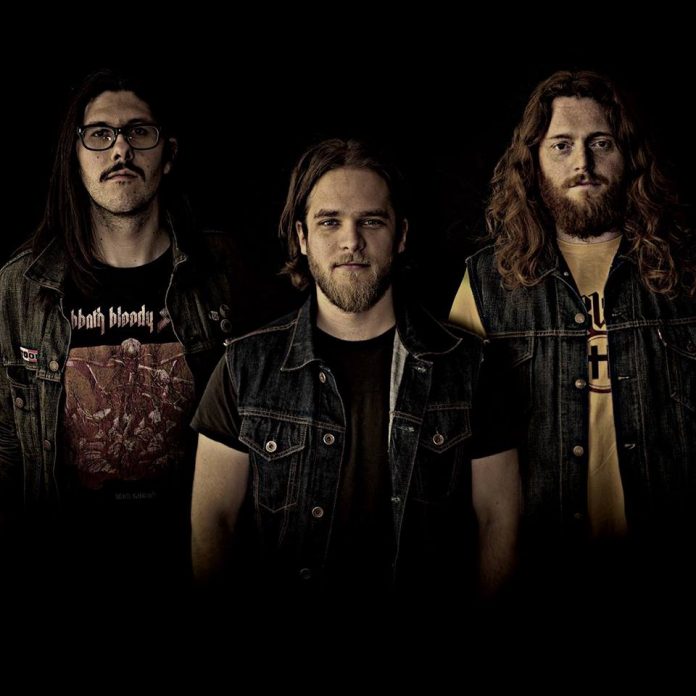 Ripple Music is thrilled to announce the signing of Danish retro-heavy rockers, Doublestone to their stellar roster of international bands. Formed in 2011 Copenhagen, Denmark, by long time friends, Jamie and Bo as a duo. Doublestone, later that year became a power-trio as (the cousin) Kristian joined the band. The stoner-rock trio released a few EP’s, and in 2013 joined forces with, Mos Generator’s Tony Reed to record their first full length “Wingmakers.”

The debut album was recorded in an old cheese factory’s basement under the city of Copenhagen and catapulted the trio into the international stoner-rock scene, with their 70’s inspired, straight forward hardrock.

Now digging even deeper and going even further under ground, the long awaited second album, was created in the World War II bunker which is now Wolf Ram Studio, produced and mixed by Doublestone and Andreas Krohn, and mastered once again by the legendary by Tony Reed.

“Devil’s Own/Djævlens Egn” is finally ready for the world to hear and will be released worldwide by Ripple Music.

Over that last 5 years, Ripple Music has distinguished itself as one of the leading puryeors of heavy rock. With a roster that includes such bands as Wo Fat, Mothership, Freedom Hawk, Roadsaw and more, Doublestone’s Bo says he’s “over the clouds excited to be working with such a label, with such amazing bands and such a reputation for bringing quality music to the scene.”

Previous article
Blood Clout
Next article
BSR Under The Influence