DOR TO THE UK OPEN 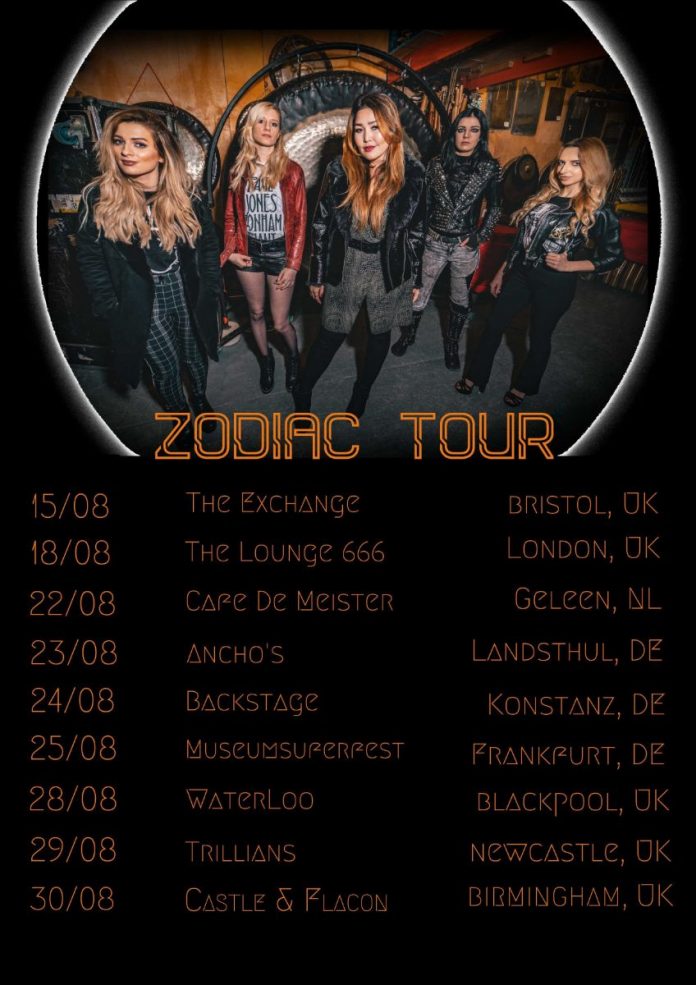 DORJA are delighted to announce a five date UK tour [plus also European shows] in support of their debut album ‘Gemini’ – which was released on the last day of the sun’s transit of this astrological sign of the zodiac. Featuring ten kicking and fresh tracks, the album is distributed via Absolute Label Services. The title references the fact that the key moments in the development of this exciting young band seemed to happen during that phase of the year. The tour kicks off

A young transatlantic hard rock band based in London but with band members spread out between Los Angeles, Dublin, London and Bristol, DORJA have an energy and drive all of their own. Diverse musical influences, from Led Zeppelin and Guns N Roses, fuse with the modern sounds of newer bands such as Royal Blood. With their powerful, guitar-driven hooks and heavy drums, teamed with a compelling raw vocal to challenge Janis Joplin, DORJA are one of most exciting new bands of today.

Those born under this star sign are said to be adaptable, intelligent and outgoing – characteristics that would seem to describe the evolution of DORJA as both a recording unit – with all the recording costs covered by crowdfunding – and as a powerful live act. An impulsive nature is also said to be a personality trait and this is a band that loves to perform, loves to have a good time, loves to be the centre of attention and loves to mix things up a bit; so that seems to fit too.

Whether or not you believe in the power of the zodiac, one thing is not in doubt; DORJA mean business. Don’t miss these UK dates!