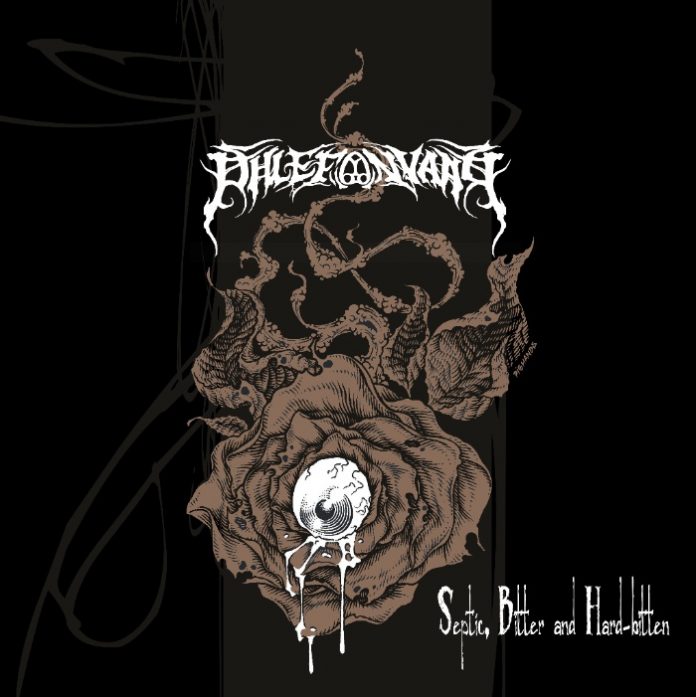 British doom duo PHLEFONYAAR have unveiled the music video for their new single ‘Temple Bells Before Midnight’, taken from forthcoming new album Septic, Bitter and Hardbitten which is released on 14 April 2017 via Cavernous Records.

Watch the video exclusively via The Obelisk:
http://theobelisk.net/obelisk/2017/03/21/phlefonyaar-temple-bells-at-midnight-video-premiere

You can also listen to the stream of the track here:  https://phlefonyaar.bandcamp.com/track/temple-bells-after-midnight

Whether it’s sitting in their underpants in a car park, drinking tea and being serenaded by drunken truck drivers or being so annihilated on cheap lager whilst trying to sell the police wooden pegs, PHLEFONYAAR’s antics offstage are as bizarre and bleakly intoxicating as the music they produce.

Comments purveyor of vocal chaos, Paul March: “Gather round ladies and germs and let Phlefonyaar bring you a cure to all of your happiness problems with the finest Tom Waits inspired doom skiffle this side of your worst Mike Mignola-inspired Freudian nightmares.”

A true monument in primal sound, Septic, Bitter and Hardbitten creeps, disorientates and lunges throughout 7 crucifyingly heavy tracks and is the product of a mere duo. Full of pummeling hooks and dark visions, the end result is a maelstrom of focused noise that is starkly terrifying. PHLEFONYAAR’s gloomy expressionism unravels in slow motion throughout the album to leave you with something which won’t tuck you up in bed at night and kiss you sweet dreams.

Having thrown their sound at stages across Europe, touring with bands such as Nachtmystium and Dark Fortress and providing support to Baroness on the night before their bus crash, the band are set to spend the rest of 2017 gigging and touring.

Septic, Bitter and Hardbitten will be released on 14 April 2017 via Cavernous Records.

Get more PHLEFONYAAR news and info at: