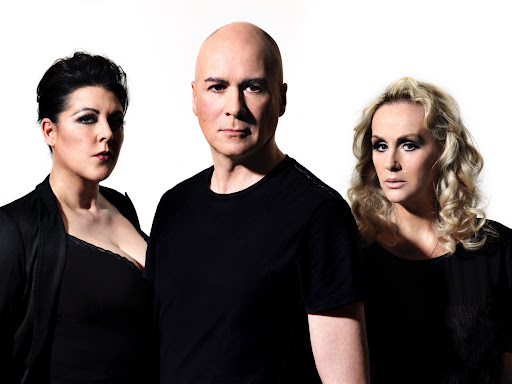 Immortal synth-pop sensations – THE HUMAN LEAGUE – will be headlining a huge outdoor show at Uttoxeter Racecourse next Spring. Taking place on Saturday 14th May 2022, this special ‘Live After Racing‘ show will offer spectators a full day of races at the prestigious midlands arena, followed by a set of wall-to-wall hits from one of pop’s most enduring electronic acts.

Pioneers of the British New Wave/Synth scene, The Human League dominated the airwaves and charts throughout the 80s with their dark yet stylish post punk electronica, which remains as fresh, current and highly influential today as it ever did. Emerging from the infamous Sheffield scene of the time, it would be founding member Philip Oakey who would take the band on to major commercial success after recruiting female vocalists: Joanne Catherall and Susan Ann Sulley, all of whom remain in the group to this day.  With a distinctive three-person vocal and a cutting-edge electronic sound at their disposal, The Human League would go on to release nine studio albums (five of which went Top 20) and 15 Top 20 singles throughout the 1980s and 1990s including “Mirror Man“, “(Keep Feeling) Fascination“, “The Lebanon”, “Human” (a US No. 1) and “Tell Me When“. Widely regarded as leaders of the second British Invasion of the US music market and, to this day they remain one of the most highly played bands on MTV worldwide and have sold more than 20 million records worldwide and counting.

2021 marks the 40th Anniversary of one of the most prominent releases in their catalogue: ‘DARE‘. Along with the infamous: “Don’t You Want Me” (a single that made the 1981 Xmas No.1 slot and was top of the charts for 5 weeks), its other classic singles including “Love Action”, “The Sound Of The Crowd“, “Open Your Heart” and “The Things That Dreams Are Made Of”, would propel The Human League to international superstardom. Earning a Brit Award the following year, the band would continue to grace the top 10 for the next fifteen years and have experienced a resurgence in popularity and commercial success in every decade that has followed. Credited with giving birth to a whole new era in music, fashion, club-culture and beyond, this year The Human League are rightfully celebrating its landmark anniversary four decades on; with sell-out shows in some of the UK’s biggest venues a testament to its unwavering appeal.
Without doubt the music of The Human League has inspired generations of fans and when they headline a huge show at Uttoxeter Racecourse next Spring it will continue in that great tradition. Consistently touring and headlining contemporary festivals across the world since the turn of the century, the band have earned a reputation for one of the most exciting shows in the biz and this is guaranteed to be an unmissable fixture.

Tickets will be available for O2 presale next Wednesday (22 Sept) via Ticketmaster, and for general sale the following Friday. A wide array of luxury hospitality packages are also available, for further details please head to: https://www.uttoxeter-racecourse.co.uk