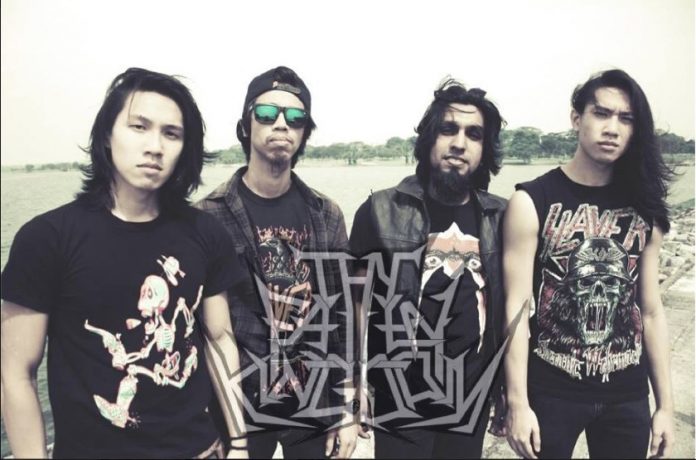 ….Or perhaps, the beat from the East, as these thrash metal titans are coming from you

Singapore isn’t perhaps the first place you think of when thinking about thrash metal hotbeds, but Thy Fallen Kingdom are here to change that.

They released their debut full length album “Fear The Hunter” last month, a mere nine years after forming, but it’s worth the wait.

The band claim – with some justification as it turns it out, influences such as: Exodus, Slayer, Megadeth, Testament, Destruction, King Diamond and Mercyful Fate. In short then, they are classic thrash. No more no less.

FTH say they have “an unending love of their genre” and since they formed in 2005 they say they’ve been playing with styles incorporating elements of mainly thrash, death and speed metal.

The band so far has 3 Ep and Demo releases.