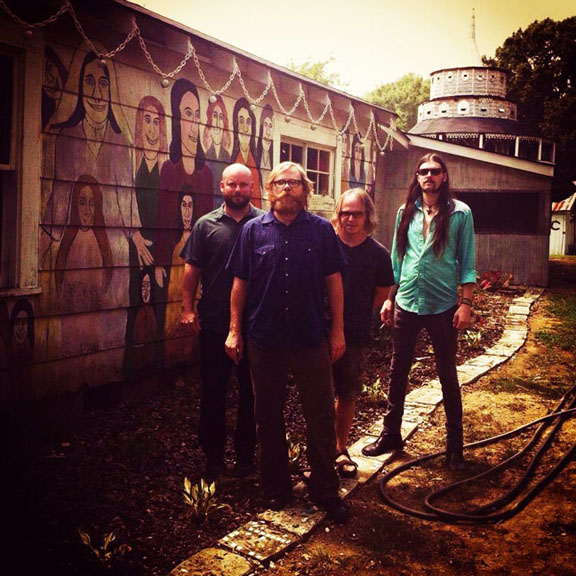 Eclectic mob premiere title track of new album
Following Bohannons‘ previous two efforts (the Steve Albini-produced debut EP Days of Echo and their critically-acclaimed 2012 albumUnaka Rising) the Chattanooga, TN-based foursome will be releasing their sophomore studio full-length, Black Cross. Black Shield this March (via This Is American Music).
To listen to the title track click here
On it, brothers Marty and Matt Bohannon & company deliver an intense, highly-charged platter that incorporates punk, metal and southern roots music into a heavy and heady melting pot of sounds and styles. The often thundering calamity that charges through these 10 tracks provide the perfect backdrop to the equally heavy subject matter. The album delves into heartbreak (“Love Stunt”), loss of loved ones through both suicide (“Darkest Night”) & terminal illness (“Death and Texas”), ghosts (“Lightning and Thunder”), corporate insurance greed (“Black Cross. Black Shield”) and inhumanities toward immigrants (“Dias de las Muertas”). Yet there are also songs that not only face death with a certain fearlessness (“Cold Rag”), but also finds the band second-lining headfirst into the Apocalypse on the closing metal dirge (“Red, White, Black and Pale”).
“There is a theme to this album,” Marty explains, “and it’s not death. It’s the beauty of death and memorializing the departed with electricity and force.”
Bohannons’ Black Cross. Black Shield will be available through This Is American Music March 31st on CD, vinyl and digital formats.
U.S. tour dates to be announced soon.