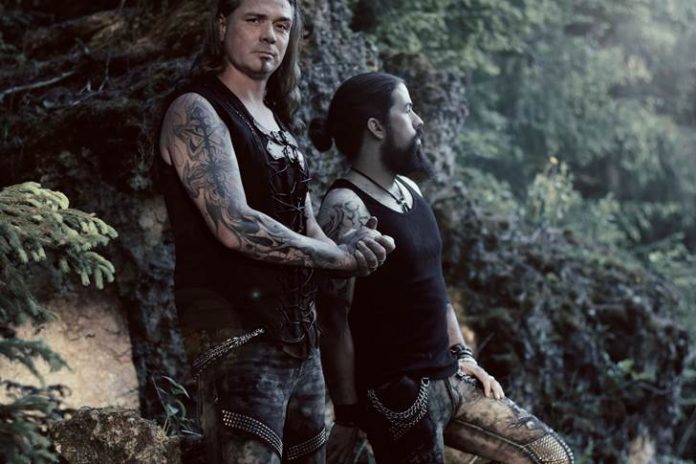 German epic metal pioneers, EQUILIBRIUM, will set aflame a brand new bonfire this summer with their fifth studio album. Guitarist, composer and lyricist René Berthiaume spent almost two years working on this new opus called ‘Armageddon’. The result is rather dark, while retaining the bombast and folk elements of the previous records.

Today, the band have released the official video for the brand new track ‘Eternal Destination’ via YouTube.

The band states:
“The repertoire of Equilibrium is full of different songs; happy songs as well as dark songs. For us there are more colours than just black and white. We don’t care about any genre boundaries, we just do what we feel like. ‘Eternal Destination’ is our first music video for one of our dark songs and we love the result, Grupa13 did an amazing job! There is also once again a guest appearance of Robse’s daughter. This video expresses exactly the emotions I’ve had when I wrote this song. We need the earth, but the earth doesn’t need us…”
Both songs are now available as an instant grat track when you pre-order ‘Armageddon’ digitally:http://bit.ly/EquilibriumDigital

This time, the album was recorded, mixed and produced by René himself and was mastered by Maor Appelbaum (Los Angeles). The cover artwork was again created by Skadi Rosehurst.

‘Armageddon’ will be released on August 12th, 2016 via Nuclear Blast Records.

You can see Equilibrium live in the UK at The Underworld, London on 3rd October.