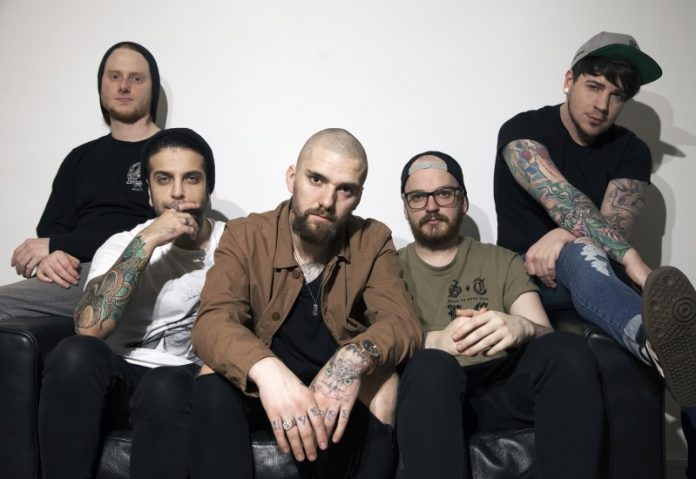 Metal outfit SKIES IN MOTION have released the video for their latest single ‘When Home Feels Distant And Distance Feels Like Home’, taken from their recently released debut album Life Lessons.

The video precedes the band’s forthcoming UK tour, which includes headline dates as well as one-off shows supporting Kingdom Of Giants and In Hearts Wake.

See Skies In Motion live at one of the following shows:

It’s not uncommon for bands to wear their heart on their sleeves when writing music, and Skies In Motion are no exception, as they wear theirs with pride throughout the course of their debut album Life Lessons. It’s a release that’s packed with personal and emotional lyrical content, and offers a hand to their fans to show that they’re not alone in this journey called life.

With a brutal and raw tenacity, Skies In Motion combine chugging riffs with glorious breakdowns, taking example from some of the greats including the likes of While She Sleepsand Architects. Their choruses are absolutely staggering, underpinned with furious guitars and a killer groove whilst the energy they create is charged with positivity and hope, a recurring theme throughout the course of the album.

If you’re looking for your next favourite metal and hardcore band, look no further than Skies In Motion – with their upcoming debut album and plans to relentlessly tour the UK and Europe, these guys are sure to become one of the hottest unsigned bands on the scene.

Previous article
Electric Monkey
Next article
Give It Your Attention