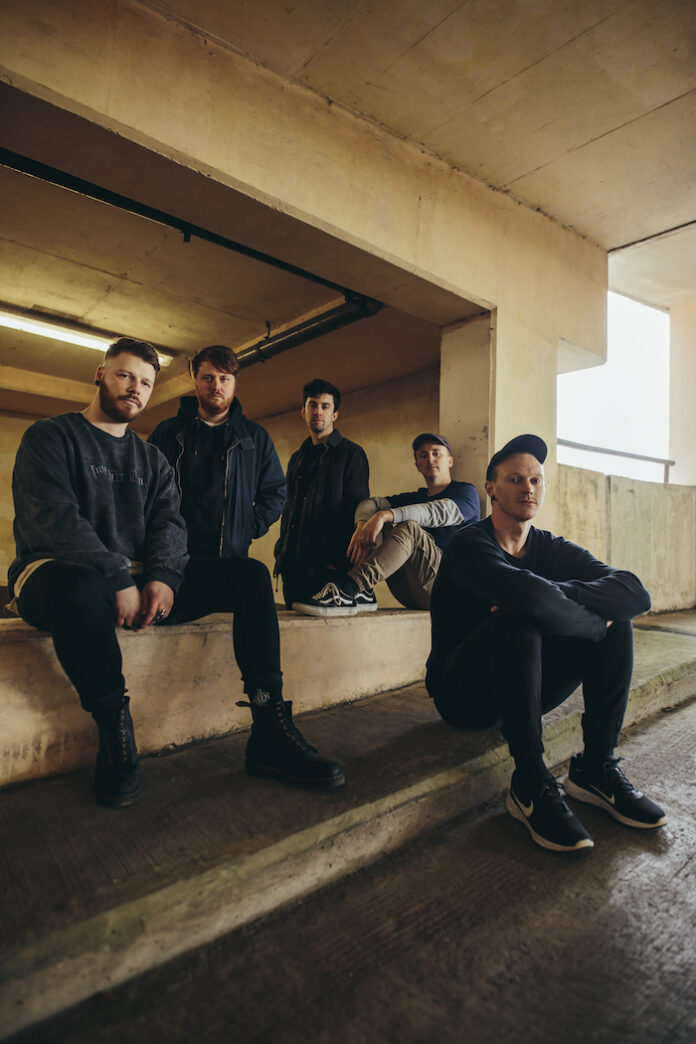 Today, the band has shared the video for the new song “Nova.” Watch it here.

“In an overcrowded and oppressive modern society, it is all too easy to fall under pressure; collapse inwardly until self-destruct,” the band says. “‘Nova’ develops on the aggressive themes that were smashed into the metal world as of recent with ‘New Dawn.’ Doubling down on chaotic rhythms, overlapping dissonance and vocal hooks that will get your fist pumping in the air. Nova mirrors the inner human disparity, and has you banging your f***ing head to it.”

OAA previously dropped the single “New Dawn,” which was hailed by Revolver as “If this is the sound a new dawn, then we are fucked. The latest from U.K. metal crew… packs a disgusting amount of sludgy heaviness into a concise minute and 48 seconds. Don’t look for any of the pretty, melodic hooks of its predecessor, 2020 single ‘Metamorph.’ This is unfiltered nihilism.” It was also lauded as “ridiculously heavy” by Rock Sound.

Oceans Ate Alaska have carefully and quietly progressed to this point. Following their 2015 debut Lost Isles, they presented Hikari in 2017. The song “Hansha” amassed over 12 million Spotify streams as the album surpassed 40 million total streams. Upon arrival, New Noise Magazine raved, “Optimistic, empowering, and mesmerizing, Oceans Ate Alaska’s bold sophomore album is a true progressive metalcore triumph.” Along the way, they toured with the likes of Wage War, The Plot In You, We Came As Romans, Like Moths to Flames, and more. Throughout 2021, they assembled what would become Disparity. Inspired by a mutual love for the likes of Bonobo and Alina Baraz, collaborator Clem Cherry enhanced the production with airy beat-craft and immersive sonic accents. At the same time, they absorbed the unease of the world, infusing a post-apocalyptic thematic undercurrent. In the end, Oceans Ate Alaska encode an important message inside of Disparity. “For us, it’s about uplifting listeners,” Harrison says. “We want them to feel empowered to realize they can be the change they want. It’s still what we’re doing. It’s been a long time since we put out an album, but we’re here.” Indeed it has been a minute since the last OAA album but it was entirely worth the wait.