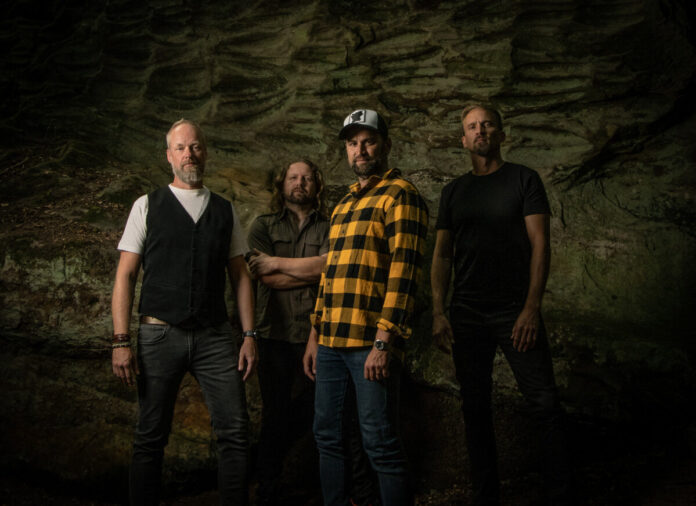 Swedish metal veterans, The Defaced are releasing a new video for the song “Wreck”. It´s taken from the bands upcoming album “Charlatans” that will be released on Vinyl, CD & digital on March 4!

The band about the song:
“The lyrics are about the aftermath of an ended relationship. The feelings one can feel after the dust has settled after the initial shock and hypertension has left body and soul. One can still have a deep attraction to each other but there is no way the relationship can continue, too much trust and hard words has been spilled along the way and the sadness that can bring to both parties.

We have always been very intrigued by soviet propaganda posters and aesthetics. A relationship can sometimes feel like a totalitarian state, where you sometimes can feel that your personal freedom is restricted. I was in East Berlin with my parents a couple of months before the Berlin wall was torn down and I still remember the gloominess of grayness of the buildings and clothes. The lyrics are projected upon walls just like communistic propaganda. I loved how our video producer Rob Hakemo imitated the Cyrillic alphabet, it created an extra tension to the video.”

Listen to “Bleeding Ore” and Pre-order the album HERE: https://orcd.co/bleeding-ore