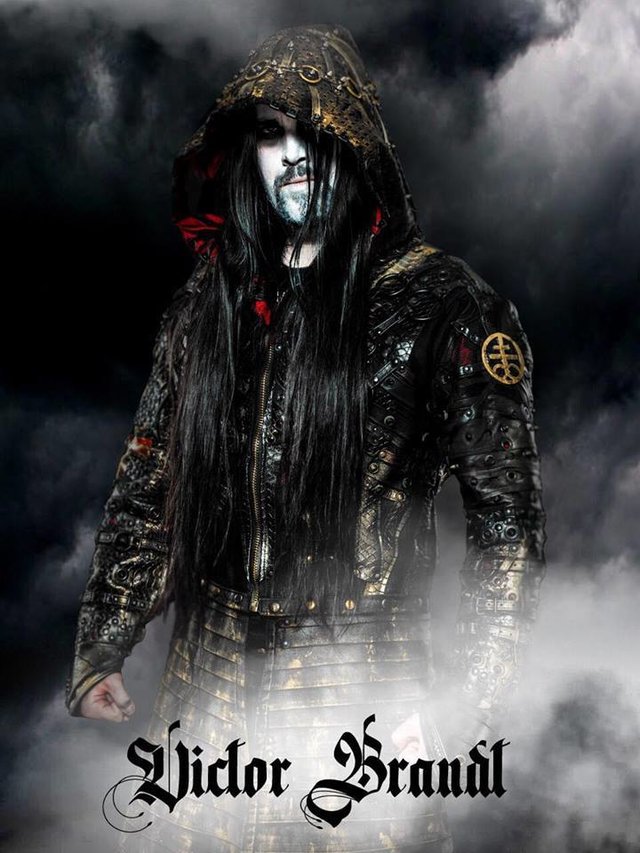 DIMMU BORGIR have announced that Swedish bass player Victor Brandt (Entombed A.D., Firespawn) has officially joined the team. The symphonic black metal titans will play their first show since 2012 in June and are planning to visit all corners of the world throughout this year and 2019. Victor is ready to storm the world’s stages with vocalist Shagrath, guitarists Silenoz and Galder, keyboarder Gerlioz and drummer Daray.

Victor comments: “It’s a great honour and pleasure to be a part of the mighty DIMMU BORGIR. And such great timing for me to start at the release of their new album Eonian, which in my opinion is their best album so far. The members of the band are as equally awesome to their music, so I am looking forward to good times ahead.”

The band adds: “We are very excited to have Victor become a part of the team! His experience, dedication and craftsmanship is very much appreciated and we look forward to sharing the world stages with him!”

The band’s new full-length album Eonian was released on May 4th and immediately entered charts all around the globe, even snatching #32 in the international world charts. In countries such as the UK, Germany and Poland, the band even achieved the highest positions of their 25 year-long career.

Get the album now as digipak, 180g double vinyl in different colours, boxset or digitally, via this link: http://nblast.de/DimmuBorgirEonian

Witness the epic return of DIMMU BORGIR at one of the following announced EU/international festival shows and headline gigs:

Being one of the successful extreme metal forges on the planet, DIMMU BORGIR have been dominating the symphonic black metal genre for 25 years. The songwriting core of DIMMU BORGIR furthermore consists of charismatic vocalist Shagrath, as well as the string wizards Silenoz and Galder, but other familiar faces also emerge from the darkness; drummer Daray and keyboarder Gerlioz are still part of the team, and Gaute Storaas helped with the choral arrangements for the majestic voices of the Schola Cantorum Choir. As the title Eonian indicates, the band’s 10th full length release deals with the illusion of time and marks a tribute to both the band’s own past as well as the Norwegian black metal history.