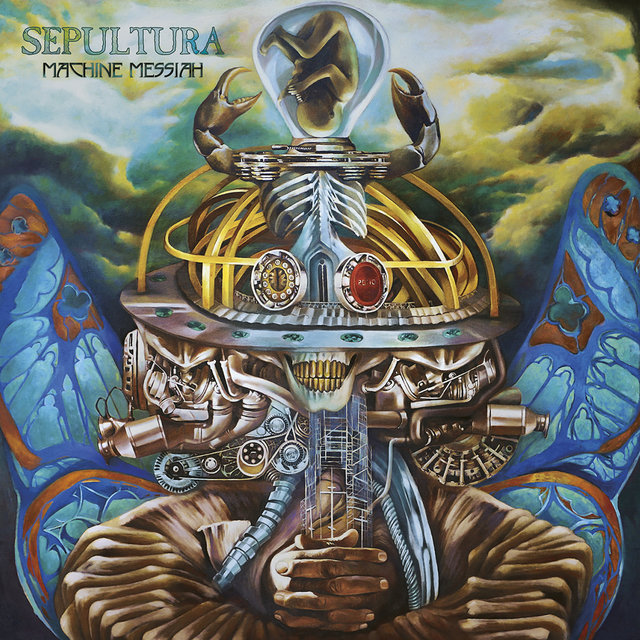 Brazilian heavy metal icons, SEPULTURA, will unleash their upcoming studio album, ‘Machine Messiah’ on January 13th through Nuclear Blast. Today, the band have released the first digital single, ‘I Am The Enemy’.
Fans, who pre-order the album digitally now, will receive track immediately.

Andreas Kisser states:
“The song ‘I Am The Enemy’ was one of the last songs we worked on before going to Sweden to record the album, it’s really simple and straight forward with a strong influence of the hardcore scene of the 90’s.

The lyrics talk about ourselves as human beings, with concepts and pre-concepts implanted in our heads through education, religion, the environment and all of our own experiences. We are the problem and the solution, do not blame anything or anyone else but yourself, you are your own enemy. Face yourself, rethink your life and then you’ll have a chance to make a better world for yourself.

We are playing the song live already and the reaction is being amazing, now you all have the chance to listen to the album version, play it loud!”

Previous article
The Enemy Of War
Next article
Blaze Gets Heavy, Havok Created