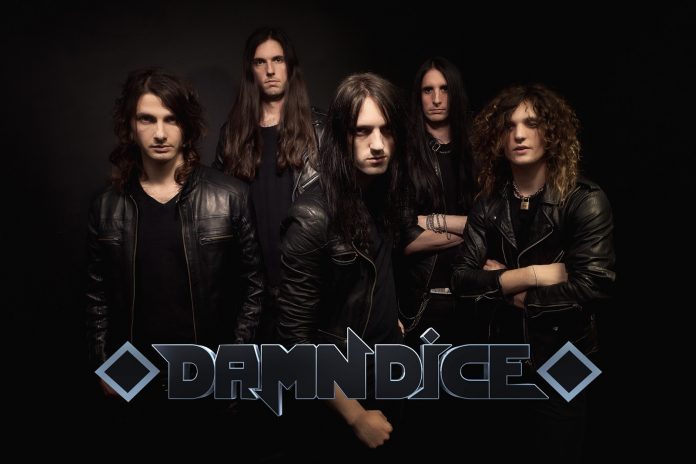 London-based metal champions DAMN DICE are releasing their second album in early 2018 and are unveiling their hot new video “Got To Know”.

The band comments: ”’Got To Know’ is the first song we wrote for the new album. It has set the bar sky-high for the rest of the songwriting process as it marks the logical evolution of our music from its predecessor ‘The Great Unknown’ (2015).

The song represents us perfectly at our current point. It’s in-your-face, groovy, catchy and melodic, and really shows that we’re hungry and eager to go further.”

DAMN DICE’s first effort was described by Classic Rock Magazine as “like a punch in the balls from a spiked glove”, so we’ll let you imagine the dynamite stick that this one will be.

The whole album is being recorded by the drummer François Fourmy in the band’s home studio and will be produced by another heavyweight of the music industry.

The band continues: “Our upcoming album is heavier than our previous record. It’s ballsy in the sense that we’ve experimented things that we wouldn’t have before.

We’re confident in making these bold moves, as this is what our audience knows us for, and we’re staying true to who we are. A bold band!

As heavy as the record is, it was written for a broader audience. Our core fans will love this album, but metal-heads will also be able to identify to it. Even non-rockers will love it! We’re all about the heaviness and the melodies.”

DAMN DICE’s second full-length will be available on their online store at: www.damndice.com.

Make sure you follow them on the following links to be notified when it arrives!