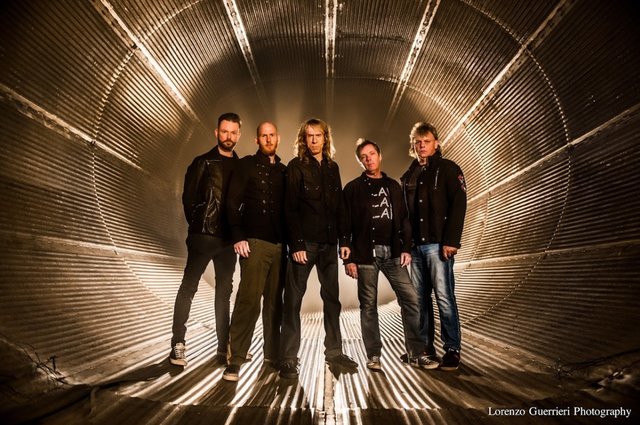 NWOBHM icons Diamond Head have released a video for All The Reasons You Live, taken from their self-titled album, which was released in March as the follow-up to 2007’s What’s in Your Head?

“Out of all the tracks on the album this one is my favourite,” says guitarist Brian Tatler. “We spent some time searching for the right location and found The Hush House at Bentwaters Parks. It was perfect — it was a military base and just echoed the songs feel.”

Check out the video here: http://teamrock.com/feature/2016-09-14/diamond-head-have-filmed-a-video-on-a-military-base-and-it-s-epic

The album is the first to feature vocalist Rasmus Born Anderson, who joined the band in 2014 to perform in live shows. “I had no interest in doing another record,” says Tatler, “but after working with Ras on the 2014 European tour that suddenly changed. I wanted to make a record with him. He’s a confident singer and he’s not trying to fill anyone’s shoes.”

Diamond Head start a UK and Ireland tour later this month, before heading to the US in October. All dates are listed below.

Previous article
Stars Get Their Horns Up For Amon Amarth
Next article
DVD REVIEW: JOE BONAMASSA – LIVE AT THE GREEK THEATRE (2016)