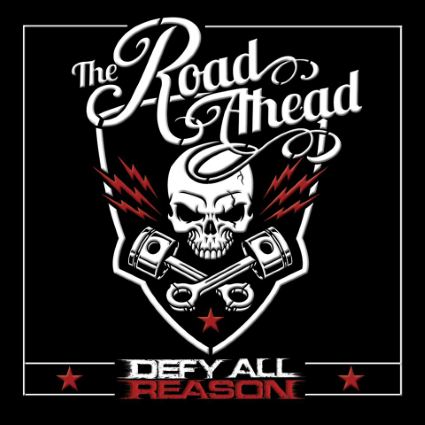 A heavy rocker, this foot to the floor song is full of groove, melody and true grit from a band that have been honing their sound since forming in 2011.

Focused around the band’s forthcoming debut album ‘The Road Ahead’ – the campaign gives rock fans an opportunity to purchase exclusive merchandise, including a limited edition digipack cd featuring a thanks list dedicated to pledgers and bonus live tracks, amongst other items.
‘The Road Ahead’ is expected to be released 5th April 2015.

Following a successful 2014, which included Hammerfest VI and shows with TRAPT, JAKE E LEE’S RED DRAGON CARTEL and BREED 77 – Defy All Reason will release their debut album ‘The Road Ahead’  in April 2015.
The new year is already lining up to be a big one for the band, with the rockers nominated ‘Band Of The Year’ at this years Pure Rawk Awards PLUS a slot at Hard Rock Hell’s HRH Road Trip and currently working their way up the rankings in Bloodstock Festival’s M2TM heats.
Defy All Reason live 2015: