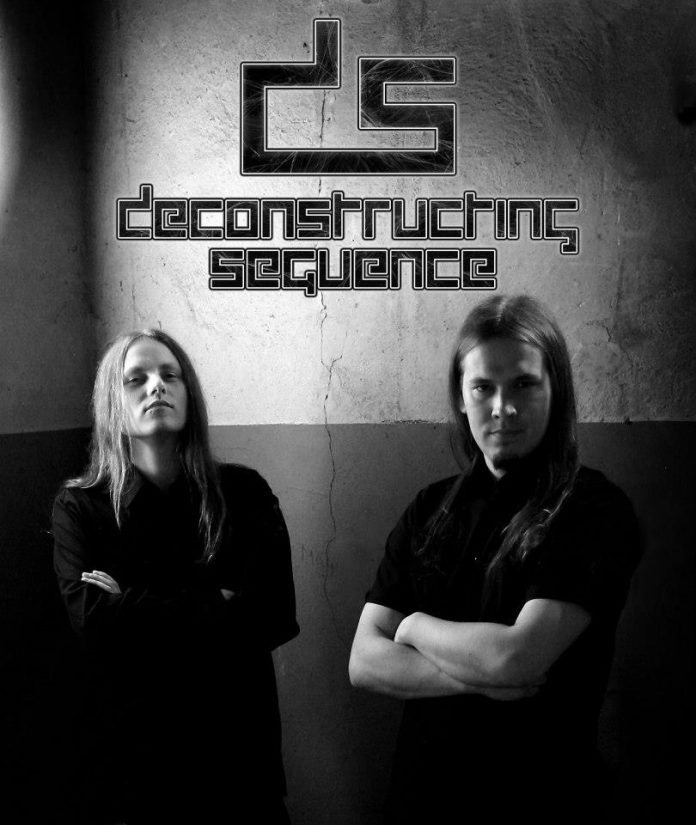 Anglo/Polish collective give us one of Prog’s blackest releases

The roots of Deconstructing Sequence go back to the band Northwail which played a form of black/death metal with strong progressive influences.

After two studio albums (“Enigma” in 2008 and “Cold Season” in 2011) the band split-up due to artistic differences. Band members Morph and Tiberius who wanted to explore further progressive and avant-garde regions of extreme music formed Deconstructing Sequence, which is an expansion of the idea going beyond borders of metal.

The result of this collaboration was “Year One” EP , mixed and mastered in April 2013 by Arek “Aro” Jablonski at Monroe Sound Studio, which was the cornerstone of a whole new level of artistic freedom. July 2014 brings a new release – “Access Code” EP along with a video created by Costin Chioreanu of Twilight13Media, who has previously worked with artists like Mayhem, Deicide, Ava Inferi, Ihsahn, Ulver and Summoning.

Tracks
“A Habitable World Is Found”
“We Have The Access Code”