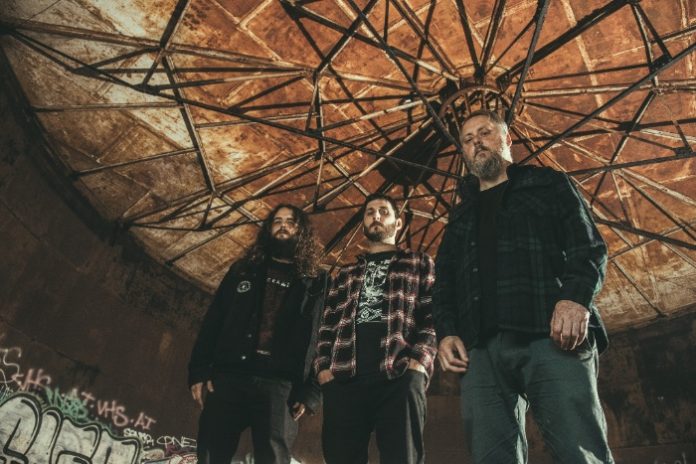 Fiercely throwing naked, unflinching aggression into the path of anyone who chooses to listen, UK noise makers HELPLESS will release their fetid, unnerving debut album Debt on September 8 via Holy Roar Records.

Debt, a 10 song excursion in dissonance, does everything it needs to in the time it takes most bands to open up. This is no drawn out prog opus; instead, a supremely dark, engagingly short, sharp, shock to the system. If further musical pointers are needed then perhaps the menace of early Gaza and the turn-on-a-dime musical dexterity of Breather Resist often combined with grindcore would be a good place to start.

Having previously delivered on their promising self titled EP, HELPLESS have returned with a savagely blunt album that not only increases their sonic intensity tenfold, but expands their palate from a chaotic hardcore base into grindcore, noise rock and even figurative elements of death and black metal. This is not for the faint of heart.

Debt will be released on September 8 via Holy Roar Records.

Catch the band on the following dates: