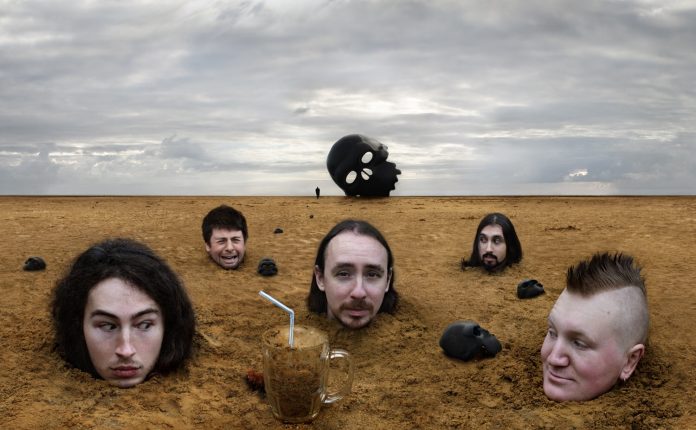 And if that needs explaining for now, then it soon won’t. Death Ape Disco are here to rock YOUR world

The internet is – despite what naysayers reckon – is a marvellous thing. A friend of mine has a blog and on it she featured a band called Death Ape Disco.

And let the word go forth from this time and place, these boys are incredible! Think a British Crobot and you are close enough to be in the right ballpark.

When MVM hears a band that takes all the excitement of Clutch and throws it into some hard rock blender just because they can, forgive us if we get a little excited. In fact, there’s only one thing we can do. Contact them and tell them we want them to be on the site.

Which is why we find ourselves talking to guitarist Kit Brice. The band are getting set for album number two, so just how goes it for DAD – a band who esteemed rock critic Dom Lawson said, not unreasonably, “rocks like a bastard.”

It turns out things are going good as an excited Kit explains: “We’ve had some changes recently. We lost our singer Rob, and his replacement, while under wraps, is a FANTASTIC singer, and we have also added another fantastic singer who is also a multi-instrumentalist. We are just sorting a new photo and a press release to announce our signing of a contract for album two with Ripple Music.”

Line up changes notwithstanding, this band is used to tough times. “Individually we have been through a fair amount,” he says in a matter of fact manner. “Not least our drummer Harry who was struck by cancer during the Supervolcano recording sessions. He still drove us to the studio every night, and nailed his drum parts too, legend!”

This bit of the story has a brilliantly happy ending with Kit adding: “After chemotherapy and also surgery, he finally received the all clear in April 2013.”

The band has been making up for lost gigging time ever since, making it as far afield as Birmingham and Edinburgh, playing the Metal Hammer stage at Desertfest and the inaugural Mammothfest in Brighton UK.

They will also be out in the Spring, and have promised MVM an exclusive.

Did we mention they were fantastic. Here’s why.