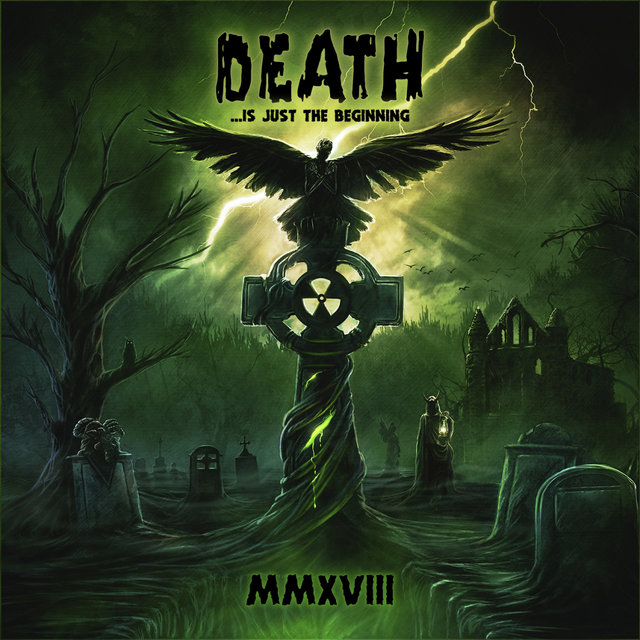 The legendary compilation Death Is Just The Beginning is back! A wealth of highlights can be expected from this collection – such as Kataklysm, who are going to participate with a re-recording of their classic track ‘The Awakener’, Hypocrisy offer up a cover version of ‘They Lie’ (The Exploited) and The Spirit will be providing a track from their Nuclear Blast label debut Sounds From The Vortex. Besides current songs from the likes of Brujeria, Carcass, Paradise Lost and Thy Art Is Murder, Death Is Just The Beginning also has lots of rarities to offer. Benediction, Memoriam and Possessed will certainly destroy your neck muscles with some special demos.

A couple of Nuclear Blast’s new signings will also be making an appearance; Dutch death/thrashers Bleeding Gods, Germany’s interesting dark melodic death metallers Nailed To Obscurity as well as US progressive/extreme metallers Aenimus. Furthermore, the superstar quintet Insidious Disease is back for the first time since 2010 after some line-up changes – and they are back stronger than ever before!

Fans of cover versions can also get excited. Immolation covers ‘Morbid Visions’ by Sepultura, joined by no one else than Max Cavalera, and Decapitated let you hear their interpretation of Meshuggah’s ‘Sane’.

You can pre-order the compilation here: http://nblast.de/DeathIsJustMMXVIII

There are no excuses – the Death Is Just The Beginning series is impossible to beat. MMXVIII contains some high-class acts and fantastic newcomers, hoping to win over even more fans to Nuclear Blast’s stylistically varied range. Don’t miss it, there’s a lot to discover!