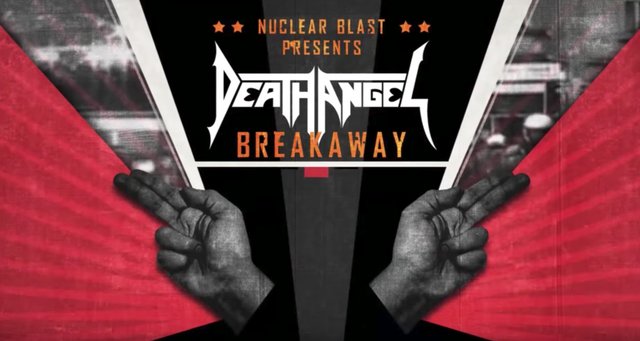 Legendary thrashers DEATH ANGEL have just released a new lyric video for the track ‘Breakaway’ in celebration of their forthcoming tour in Europe!

After an extensive tour of the US with label mates SLAYER and ANTHRAX, the band felt it was time to bring The Evil Divide to Europe, with vocalist Mark Osegueda stating:

“It is with the sincerest excitement and anticipation that I can proudly say DEATH ANGEL is FINALLY coming back to tour Europe and the UK this summer in support of our latest release ‘The Evil Divide’! We almost feel as if we were banned from playing over there to our most loyal and dedicated fans! And we promise to UNLEASH an assaulting set night after night and stage after stage as if that were in fact the case! So we invite you all to come celebrate and exchange the energy that is METAL! The energy that is DEATH ANGEL!”

The Evil Divide Across Europe Tour 2017 UK dates rack up as follows:

The Evil Divide was released worldwide on May 27th, 2016 via Nuclear Blast Records. Order your copy here: http://bit.ly/EvilDivideCD