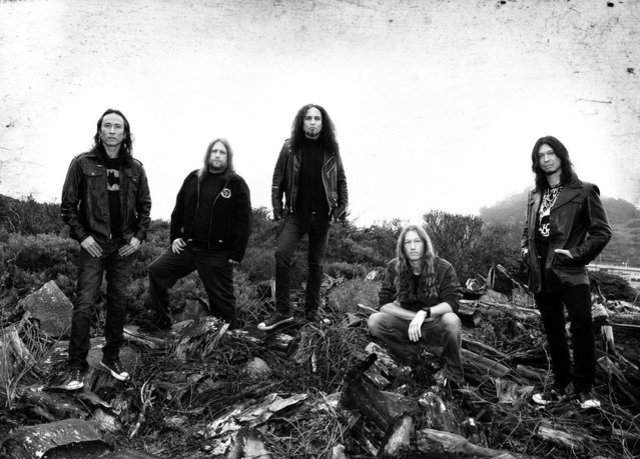 San Francisco Bay Area thrash legends Death Angel recently announced their new album ‘The Evil Divide’, which is due for release on 27th May via Nuclear Blast. The band have been posting some studio updates since the announcement and today sees the release of the third album trailer. Watch as the guys discuss returning to Audiohammer Studios to record the new album.

“Both Mark and I had been tattooed by Bob, and when the subject of album artwork came up,” commented guitarist Rob Cavestaney. “We approached him to create the design. We wanted an image that would represent the idea of ‘The Evil Divide’; something beautiful, yet simultaneously wicked, hence the death moth. Bob realised our vision with mere pencil and paper, and now we proudly present to you the cover artwork for our 8th studio album, ‘The Evil Divide’.”