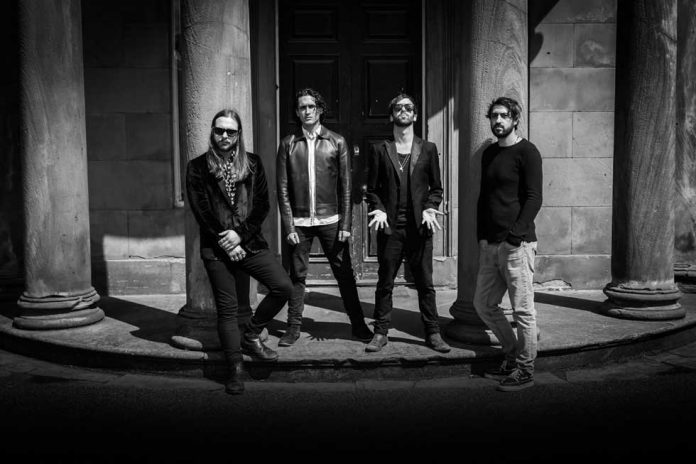 UK four-piece rock band FEDERAL CHARM have released a new music video for ‘Swing Sinner’, the track is taken from their highly anticipated third studio album ‘Passenger’, out on September 14th via Wire-Sound/Cargo Records. The video can be viewed here:

‘Swing Sinner’ is a story about a young boy called Joe. Joe’s father was an abusive drunk. His mother ran away from home not long after he was born. One day, after years of abuse, Joe took his father’s gun and shoots him dead. The townsfolk aren’t aware of what a monster the man was and get together to bring Joe to justice. The song ends with him being hung for the killing.

For ‘Passenger‘ the new line-up wanted to retain Federal Charm’s previous natural sound, but also wanted to create an exciting new sonic platform for the band’s new vocalist, Tom Guyer, to really let loose and show the world what he can do.

With ‘Passenger‘, Federal Charm spent more time than any other of their previous albums by developing this material and taking the songs into new territory, tone-wise.

Previously, the recording process for the first two studio albums was very much like, ‘Strat in? Go! Les Paul? Go!’. For ‘Passenger‘, a great deal of care and attention was taken into the pre-production which ultimately benefited the all-round sound.

Says Bowe, “It‘s a heavier album. There was no way to tame beast“.