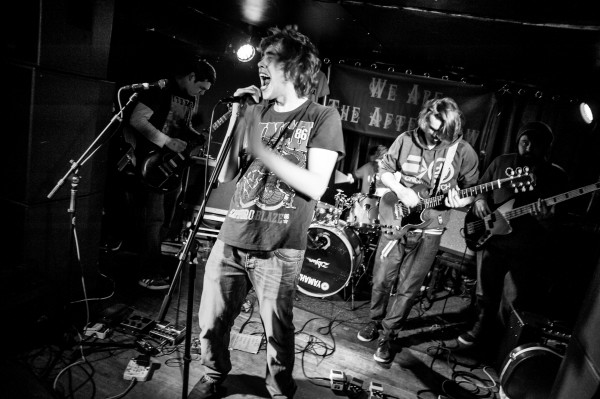 Dead Shed Jokers are a band going places. This new single probably shows you why.

To be released February 23rd, 2015 ‘Memoirs of Mr Bryant’ has already been featured in Januarys edition of Classic Rock Magazine, and the band and their upcoming album described as ‘The Sound of 2015’.

“A quality faceful of scuzzy groovy intensity…this QOTSA-tinged headthumper suggests the business of rock is no joke to them…The Sound of 2015”
Classic Rock Magazine, January 2015 – and they’ve made it a track of the week too

In the vein of previously releases, the single will be accompanied by an original short film/video by an upcoming filmmaker which blends comedy/surrealism and live action to challenge the pre-conceptions of a modern rock video.

The new self-titled album will be released on the 23rd of March and the band will be touring the UK in support of it, details of which will follow.