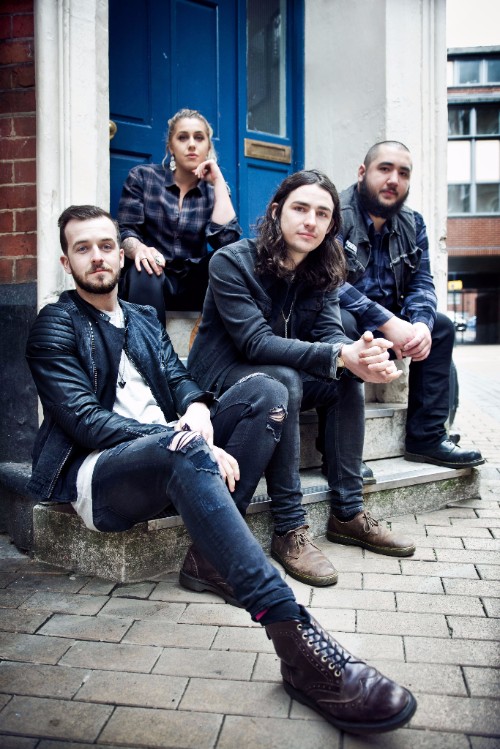 Hard-hitting rockers Eva Plays Dead have revealed the video for their new single ‘Spin’, the follow up to 2016’s ‘Bones’. The video precedes the band’s UK tour with Devilskin and Sumo Cyco which takes place this week.

The band told Kerrang! that ‘Spin’ is “a song which speaks of the near-schizophrenic swings that can take over during turbulent times. We’ve all been there – life can bring you moments of bliss and obsession, to be followed instantly by distrust and confusion.”

Check out Eva Plays Dead live on tour with Devilskin and Sumo Cyco:

December 2016 Kerrang! Fresh Blood spotlight artist, Eva Plays Dead had a highly memorable year. Notable highlights include shows with New Year’s Day, SOiL, Alien Ant Farm, Steven Battelle(LostAlone) and more. The low-point of 2016 was the theft of over £3000 worth of band equipment, which they successfully managed to recoup with a fan-initiated and driven fundraising campaign.

All of which follow on from Eva Plays Dead‘s highly successful EP, Sounds of the Written Word (summer 2015). Loud, raucous and raw, the release was classic EPD – dark, punchy, and back to basics, topped off by frontwoman Tiggy Dee‘s stunning vocals.