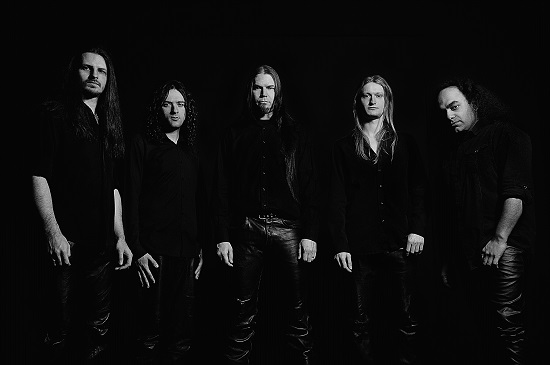 Over the course of their near decade long existence DE PROFUNDIS have grown and developed at a prodigious rate, their music blossoming into ever more imaginative and challenging forms. From their roots in death and doom metal they have reached out in a multitude of diverse directions, leaving limiting genre definitions and regulations shattered in their wake. Blending unfettered creativity, fierce ambition and outstanding musicianship the band have already unleashed three magnificent albums, including the ground breaking The Emptiness Within which elevated their absorbing atmospheres, progressive thinking and breathtaking technical abilities to unprecedented levels. However, even the heights of The Emptiness Within have been surpassed by the sonic sorcery of their new four track EP, Frequencies. More devastatingly intense than anything the band have delivered before, Frequencies also manages to set new standards of technical intricacy and still be more engaging and enthralling than anything from De Profundis’ impressive back catalogue. Three unforgettable original compositions are complemented by an accomplished take on Death’s ‘Crystal Mountain’ and the whole package is available for free download from the De Profundis Bandcamp page: www.deprofundis.bandcamp.com

De Profundis will be bringing their formidable live show to UK stages throughout July, as main support to India’s Demonic Resurrection. The band have previously played alongside the likes of Iron Maiden, Lacuna Coil, Endstille, Marduk and Immolation, impressing all who see them. They will also be making their return to Bloodstock Open Air, where they first stunned the crowd six years ago.

With the Frequencies EP De Profundis are laying down a challenge that few extreme metal bands will be able to match.  And the bar may be raised even higher when their fourth full length album emerges later this year…

This is just the prelude to a really busy next year, though – more news on Friday, right here on MVM