As Daylight Fades: Behind The Scenes 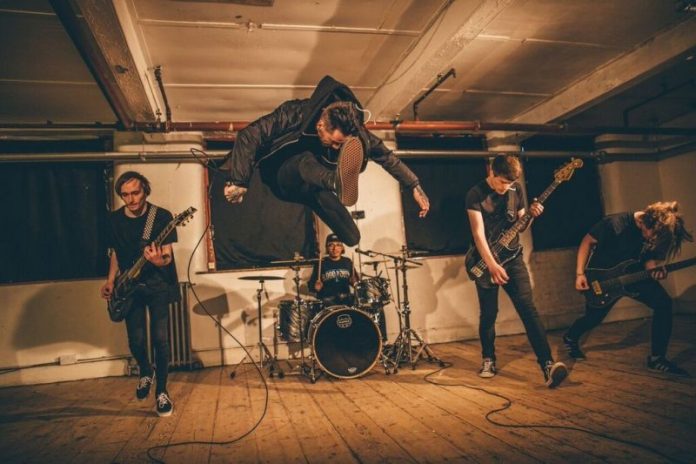 Hailing from Glasgow, As Daylight Fades’ bluntly titled Love // Loss, is as bleak a musical proposition as such a thematic suggests. Boasting four metalcore tracks audibly soaked through with frustration, thundering riffs and breakdowns provide a furious backdrop for Clarke’s desperate vocal tirades: “The lyrics cover the idea of facing the world alone, and the challenges you’ll face whilst doing so,” relays the singer, “Everything comes to an end.” As they gear up to release of their next video single, Guitarist Alan Ross discusses the making of their current, Novaturient…

“We chose to record a video for Novaturient, to go along with the track’s release, because it was the most diverse song we had. We hadn’t released music in a while so we wanted our track to be appealing to as many people as possible. I think this worked in our favour because we’ve gained a lot of new fans through this.

It was shot at NQ Photo Studio in Manchester, we literally just needed a blank space where we could be loud and that was the only place in Manchester that fitted the criteria and our budget! Luckily it turned out to be an ideal location, after we’d got all the photography equipment off set.

It was directed by Bradley James Allen. In order to get the slow motion shots we originally wanted, Bradley said we’d have to play the song at twice the normal speed. So, we ended up banging our heads and moving around ridiculously fast whilst a guy from the studio was staring at us, probably thinking we looked really stupid. In the end, we didn’t even use slow motion, but I’d like to see the full speed footage if I’m honest! For our first video and considering the tight budget, I don’t think we could expect any more or any less from Bradley, it was exactly what we needed.”

We originally planned to have a narrative video based around the content, however, it began to look less and less likely due to our deadlines and we finally just abandoned the idea. Thus, we decided to go for your run of the mill performance video. We did feel like somewhat like we were taking the easy way out since we’d ran out of ideas and time, but as it was our first video ultimately it was good to just get our faces out there and get some visual recognition.