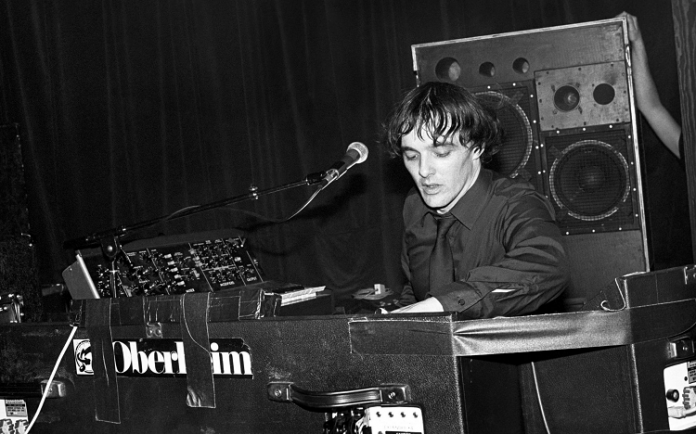 I must admit I was close to tears when a friend dropped me a text to say that Dave Greenfield had died. Crazy I know, I didn`t know the guy or had ever met him but he and his music had had such an effect on me in my latter teenage years. I had already bought “Rattus Norvegicus” and on my first holiday away with the lads in a caravan in Weymouth, we found a pub that had `Peaches` on the juke box. After playing it god knows how many times during our lunch time and evening sessions, i`m sure the gaffer was delighted when these scruffy Brummies’ headed home a week later.

Although my brother, who was about thirteen months younger than me, didn`t share the same taste in music, we did on Trojan reggae and The Stranglers. I don`t think that I’d seen the band before they announced a show at Stafford Bingley Hall for 30th May 1978. It was up to Cyclops Records in Piccadilly Arcade and two tickets were purchased. My brother and I headed there in the afternoon and joined with the rabble outside and were rewarded with a run through of the sound check that we could all hear from outside this Staffordshire County Showground.

We were let in and we ended up at the barriers at the front. Steel Pulse arrived on stage and sadly the missiles started flying. I`m sure Hugh Cornwell came on and announced, “these are our guests” and all calmed down and they continued their set.

Finally, The Stranglers took to the stage and all hell broke loose. Sadly, my brother had an asthma attack so I got him over the barriers, under the stage, where I could see Jean-Jacques Burnel on one leg thumping the bass through the cracks in the makeshift boards and into the St John`s Ambulance tent near the side of the stage. As my brother was bring looked after, I was able to stand next to Steel Pulse watching from the side of the stage. It didn`t last long as once my brother had recovered, we were dispatched back into the melee of the six thousand or so hysterical punks. The “Black and White” album had just been released with the free white vinyl 7″ composed of three tracks `Walk on By`, `Mean to Me` and `Tits` and looking at the setlist the guys played a few from this with a favourite of mine `Tank` included.

I saw the many times after that but for me it was never the same when Hugh Cornwell left.

I did see the band once after Hugh at the Shepherd`s Bush Empire with Paul Roberts, John Ellis, Jet, JJ and Dave and I have to admit there were as good as ever. I`d won a competition in the Big Issue and got tickets for the gig, a greatest hits cd and a signed limited-edition pair of Doctor Marten boots embossed with the Stranglers logo and signed by the band. The boots have a new home with a friend who has seen the band numerous times. He`d been trying to track a pair on the net and when he told me he`d been to see the fellas in Japan last year, I knew they belonged with him.

Dave was the real engine room of the Stranglers. He made the group something different. New Wave not Punk. Who could ever forget the organ opening to `Hanging Around` or songs like `Get A Grip (On Yourself)`, `Something Better Change`, `5 Minutes`, `Duchess`, `Walk On By`, `Nice N` Sleazy`, `Tank`, `Toiler On The Sea`, ` Nuclear Device` ` Who Wants the World` and many, many more not forgetting `Golden Brown` without those underlying keys they just wouldn`t be the same.

Dave joined the band in 1975 replacing Hans Warmling after he played in local progressive rock band Rusty Butler and has remained an integral part ever since. Sadly, he contracted Covid-19 after a prolonged stay in hospital for heart problems and died on 3 May 2020.

To me it`s very poignant as my brother also is no longer with us.

It really feels as if an old friend, who I don`t get to see as much as I should do has passed, so I couldn`t less it go without sharing a few thoughts. Maybe it`s because I come from an Irish background where we tend to celebrate death nearly as much as we celebrate life and Dave`s was very much to me, a life worth celebrating.

When this whole crazy time is over, I will raise a glass to him, so thanks for all the happy memories and May you Rest in Peace.

Indeed, we have One Less Hero today.