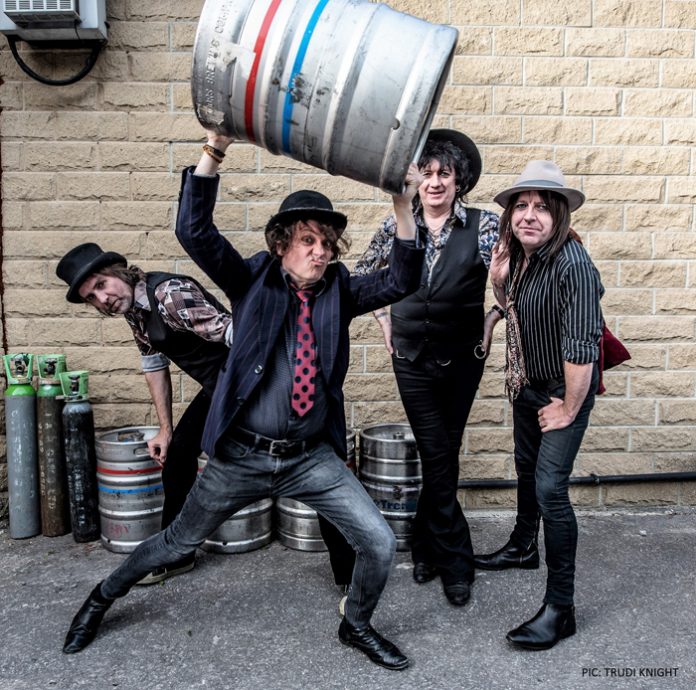 Powerpop rockers LAST GREAT DREAMERS are back on the road, with a new single. ‘Primitive Man’ is the third single to be lifted from their acclaimed album 13th Floor Renegades which was released in April. The track’s available now from iTunes,Amazon and Spotify.

The band have spent the spring and summer gigging, including a number of festival appearances and their first ever shows in Norway. The band’s album has recently been picked up for regular airplay from legendary US powerpop maven Rodney Bingenheimer on his Sirius XM Underground Garage radio show, enabling them to hook up with a US agent and begin planning US dates for the new year.

“It’s been quite a year,” says guitarist Slyder. “The reaction to 13th Floor Renegades has been amazing, we’ve received some fantastic reviews and the songs have been going down a storm live too. We’ve also had some airplay in the USA and Scandinavia so we are planning to get out to both those places soon. ‘Primitive Man’ is a real stomping track, we now close the set with this, it’s already become a fan favourite”

In the meantime, you can catch the band on the road in the UK at…