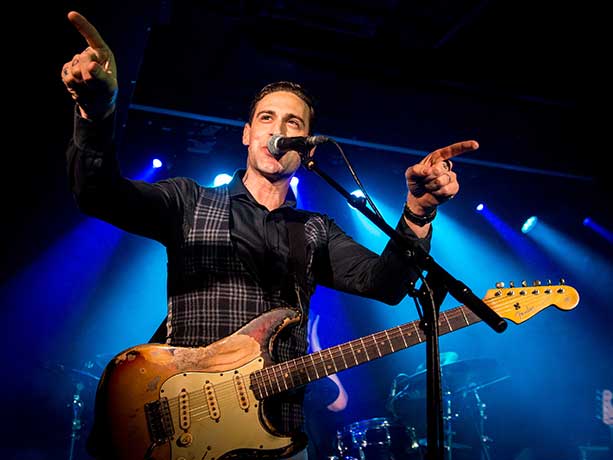 Following his sold-out Perfection Kills March 2018 UK Tour, South African singer-songwriter and guitarist Dan Patlansky will return this year for his November 2018 UK Tour. Earlier this year he released his ninth studio album Perfection Kills. The album is the follow up to 2016’s critically acclaimed “Introvertigo” which was voted #1 Blues Rock Album 2016 by Blues Rock Review.

Special guests on the tour will be Brighton based band Hightown Parade. The band produce infectious melodies, stomping rhythms with a vigorous dialogue between guitar and piano. There’s a theatricality to their Rock sound that’s flamboyant and musically diverse. Their debut album is set to be released in 2018.

Patlansky was nominated as one of Classic Rock magazine’s hotly tipped new artists of 2015. His album Dear Silence Thieves received accolades and praise from the British press. He’s been voted Most Promising Male Blues Artist by Blues & Soul Magazine, and was also nominated as Best International Solo Artist at the Planet Rock Radio ‘Rocks’ Awards.