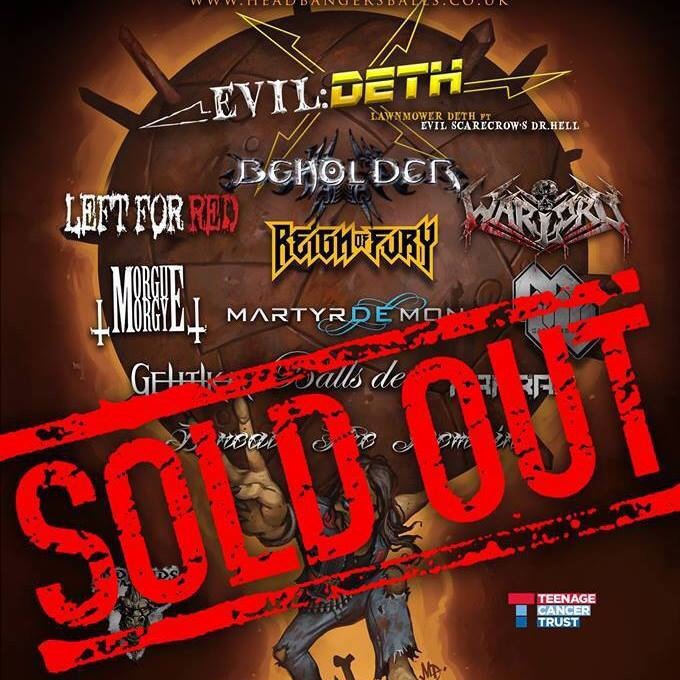 We speak to bass playing, teaching, gig promoting, beard wearing, all round nice guy Dan Carter as his Beardfest 2014 sells out. “This is just the start,” he tells us

To be fair, the gents toilets at Fixxion Warehouse isn’t too bad as far as gents toilets go. Granted you wouldn’t eat your dinner off the floor, but, as these things go, it’s alright.

It isn’t the place that you might usually want to conduct an interview, but there is music blasting out in the room next door, where Eternal Fear have just played a set, and this was the only place where we could get any peace and quiet. At least, that’s our story and we are sticking to it.

If you can put the thought of MVM sitting on the sink to do this out of your mind the reason that we are here, talking to Dan at all is that he’s promoting perhaps the best one day gig of the winter in the West Midlands. Beardfest.

It has sold out, not surprising given that line up. This is a fact Carter is thrilled by “We know it’s a fantastic array of bands,” he says. “But it’s great that the public have responded to it in the way that they have.”

So much so, in fact, that there is a second event early in the new year featuring thrash metal legends Onslaught, as Dan explains. “They were originally supposed to play this December show, but couldn’t do it in the end, but have kindly agreed to come and do the gig in January too.”

It’s small wonder people want to to help Dan out. At this point we should perhaps explain he is a familiar – and universally liked – face on the Midlands Metal scene, from his job as a teacher at Access To Music, to his bass playing antics in superb Midlands bruisers Left For Red, to his new venture as a major concert promoter in the area (tonight’s show was co-promoted under his Bearded Monkey banner) Dan’s life is taken over by music. And you suspect this is just the way he likes it.

So Bearded Monkey Promotions was born. The name is deliberately none metal (“I want to do other genres too and anything with metal in is too restrictive”). With a number of successful shows under it’s belt already, the company is more then pleased to be on board.

At last years Birmingham Headbangers Balls event which Beholder headlined (but which wasn’t promoted by Dan) their frontman Simon Hall spoke out against the lack if mainstream media support for what is a fantastic cause. It’s a initiative that is ending after 2014, and happily it has been going extremely well so far.

As you would expect, though Beardfest itself is far from done: “I’ve got big plans,” he says, in what for Dan passes as firm tones. “I want to make it a two day event again, and I want to take it outdoor. I’ve got a definite idea of where I want to be in five years time. Now is the time to really step this up and take it forward.”

At that point we begin to get funny looks from people who are using the facilities for something a little more conventional than discussing their plans for World Domination, so it’s time to go, but listening to Dan talk with such passion about his plans you wouldn’t bet against him doing exactly what he says he is going to do. The sold out Christmas show is certainly a hell of a way to start.

There will be more Headbangers Balls news early next week