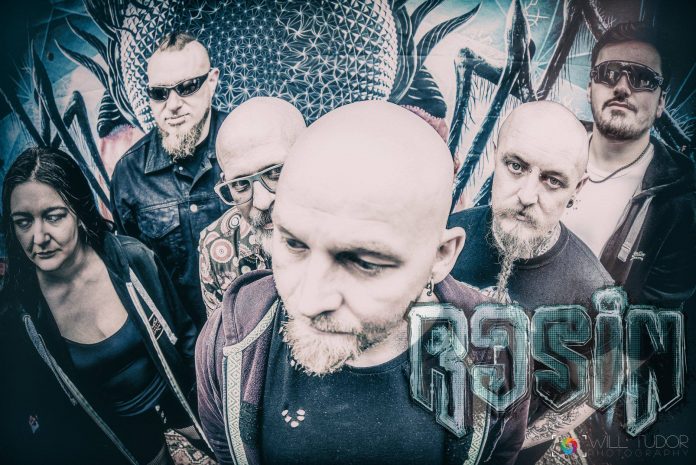 Since releasing their award-winning EP ‘Persecution Complex’ in 2015, Leicestershire’s Resin’s unique mixture of Grunge and hard-hitting heavy Rock has continued to gain attention from all corners of the UK and beyond! Playing Bloodstock Festival, Uprising Festival, SOS Festival, Dementia Aware Festival, Amplified Festival and Rock And Blues plus numerous other shows, Resin have surprised fans over and over with their ever-changing persona.

Now with the addition of violinist Emma Bennett, who you might recognize from the band Cadence Noir, Resin’s sound has stepped beyond the boundaries once more with this exciting new twist.

Resin’s second album ‘The Cycle Of Need’ will be released on Friday 13th July 2018.

The album was recorded earlier in the year at Initiate Audio with Neil Hudson (Krysthla). As well as revisiting a couple of tracks from their first album, the album will feature new songs plus an acoustic track. The acoustic track is a prelude to an acoustic EP which will be released at Christmas and available to the public. As an extra thank you gift, the EP will be given free to all pledges.

‘The Cycle Of Need’ will be released in CD and vinyl format on Attic Records (Stormbringer, Temple Of Lies, The Darkhorse, Numb) and features stunning artwork by Zonument’s Alan O’Neill (Garganjua, Temple Of Lies, Foul Body Autopsy, Space Witch).

The day after the album release sees the official launch party taking place at Firebug in Leicester on 14th July.
Details of the show can be found here: www.facebook.com/events/162223511162045