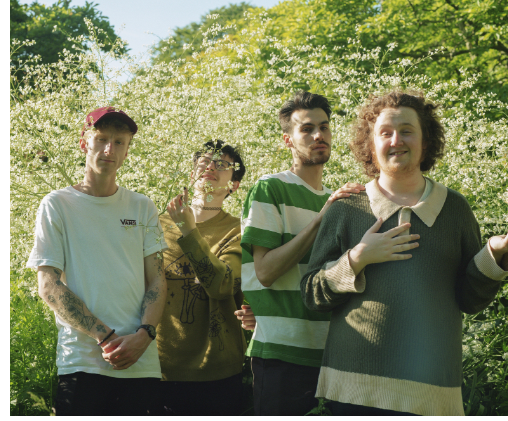 Brighton’s emo-punk quartet CUTTING TIES are excited to share their upcoming new single ‘The Crying Song’ which will be released on Friday 5th August. Taken from their upcoming 6 track EP Paltry Eyes, which is released digitally via Sugar-Free Records on the 16th September.

Commenting on the single, the band shared: “This is a song about finding your place in life after 21 years of carefree wandering. I was heavily inspired by bands like Animal Flag, RADWIMPS and Rooftops at the time of writing this song. Go listen to these bands, they are sick.”

The brand new EP from Brighton’s emo-punks CUTTING TIES, ‘Paltry Eyes’ is an adrenaline shot of raw punk rock mastery. Ferociously energetic, emotive and riddled with hooks, these six bangers see the South coast quartet go from strength to strength, pulling on your heartstrings whilst having a damn good time about it.

After two and half years of writing, recording and producing the band’s debut EP will be released into the wild. Full of complex emotions and deep personal lyrics, this six track mini-record showcases the depth of vocalist Alessandro Kogolo’s songwriting and the band’s ability to honestly represent both the violence, and tender sides of what it’s like to be a post-hardcore/emo-punk band in 2022.

The band will celebrate the release of the EP with an intimate hometown show at The Pipeline on Thursday 22nd September, whilst also bringing the party to our very own Sugar-Free Ruinfest, an all day event at The Hope & Ruin on Saturday 3rd September, alongside the likes of Johnny Foreigner, Blood Command, Brutalligators and more.