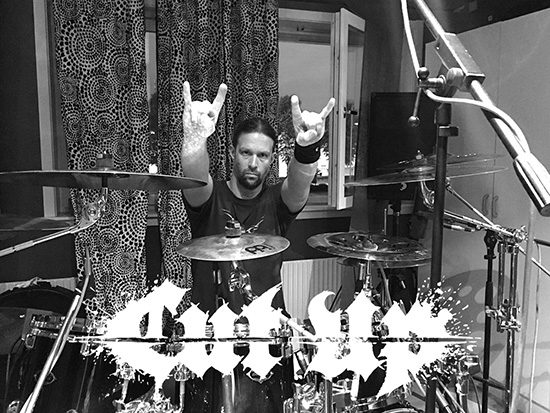 CUT UP in the studio to record new album for early 2017 release!

Good news for all you deathslayers out there, Swedish Death Metal killing machine CUT UP has entered the Big Balls Productions studios in Sweden to record the successor to their critically acclaimed debut album ‘Forensic Nightmares‘!

Drummer Tobias Gustafsson straight from the studio: “We have started the recording of our second album! Again, we have entered Big Balls Productions Studio in Karlstad/Sweden with engineer Mats Lindström. The majority of 2016 has been spent writing and working on the new material. The process has been very intense, which I think reflects in the music, in a very positive way. Following the direction of our debut ‘Forensic Nightmares’, our second, yet untitled album will take things up a notch or two! Drums are already almost done, and during the next couple of weeks we will continue to shape this death metal gore bomb into its final form. The mixing and last touches will be done by no less than Dan Swanö at Unisound!”

Stay tuned for more CUT UP in the next few months!

Buy CUT UP CDs, vinyls and shirts from metalblade.com/cutup