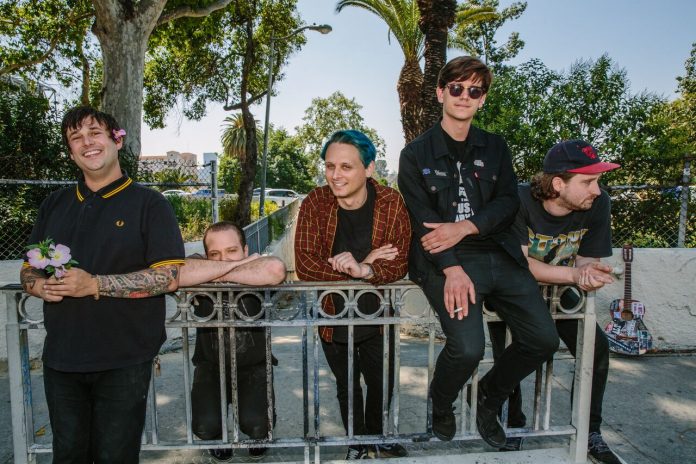 June 30, 2017
Reading time: 4 min.
Facebook
Twitter
Pinterest
WhatsApp
Linkedin
Email
Print
Telegram
Copy URL
By Andy Thorley
Epitaph Records welcomes San Francisco Bay Area-band Culture Abuse to the label. Today, Culture Abuse shares “So Busted” – a rock and roll love song about “all the stuff you are told you need in life but when it all boils down all you really want is to feel loved and cared for;” front man David Kelling explains.

Listen to “So Busted” now on YouTube or at Noisey.

Formed in 2013, Culture Abuse released their debut album Peach in late 2016 on 6131 Records. Recorded with Scott Goodrich at Nu-Tone Studios, Peach is an eclectic album that sees the band lean full tilt into garage punk, throwing keyboards and even the occasional string arrangement on top of their distorted attack. This refreshingly try-anything approach to songwriting makes for an unpredictable listen that is simultaneously cohesive, a testament to Culture Abuse’s ability to wrestle disparate styles into something all their own. With their music and fun-first approach, Culture Abuse just wants to spread their message of being free, enjoying life, and sharing love.

Culture Abuse will tour the UK and EU this summer, in addition to performing at Hyde Park on July 1 with Green Day and Rancid. See all dates listed below.

Previous article
Frosty Reception
Next article
Slip It In