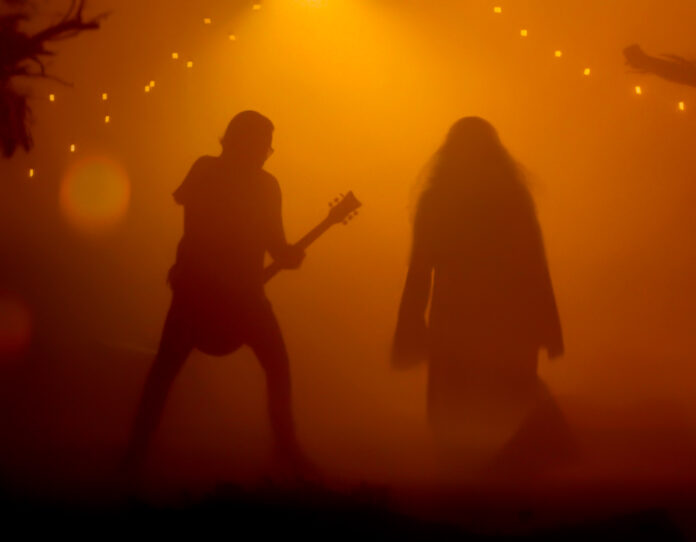 The Cult have announced the October 7th release of their new album, Under The Midnight Sun, produced by Tom Dalgety (Pixies, Ghost, Royal Blood) and coming out via Black Hill Records. And today, the celebrated band shares the first taste of what will be their 11th studio album by way of ‘Give Me Mercy’.

Astbury comments, “I was absolutely enamoured with this piece of music Billy had written, and it perfectly fit these thoughts I’d been having about our culture’s need to move past assumptions of duality.  We need new language because words can’t express where we’re going.”

Duffy says, “‘Give Me Mercy’ has all the hallmarks of the new classic Cult to my ears … fresh yet familiar.”

Listen/share ‘Give Me Mercy’ here and watch the accompanying video, directed by Juan Azulay, here:  https://www.youtube.com/watch?v=d_4DJGSbwcU

Pre-order Under The Midnight Sun here.

When the sun just wouldn’t leave the sky one evening in Finland, Ian Astbury took notice. Walking the grounds of the Provinssirock festival, Astbury found himself revelling in the surreal, almost occult moment that comes with the “midnight sun,” the summer stretch where the sun doesn’t go down north of the Arctic Circle.

“It’s three in the morning, the sun’s up, and there’s all these beautiful people in this halcyon moment,” Astbury remembers. “People are laying on the grass, making out, drinking, smoking. There were rows of flowers at the front of the stage from the performances earlier that evening. It was an incredible moment.” While reviewing archival footage of the performance, Astbury found new mysticism in that moment and imbued it into the forthcoming Under the Midnight Sun.

Leading to 2020, The Cult had been on a rolling cycle of releasing albums, touring, and recording. As the world shut down, everyone was forced to reprioritize the way they approached life and work. “When the world stopped, I had this moment to write in real time, to calculate,” says Astbury. When lockdown lifted and the group could meet to record, they teamed up with Dalgety. “I was compelled by this vision, this anomaly, this memory, of being under the midnight sun. Tom helped us bring a new musical shape and frequency to our process.”

Following their co-headline UK arena tour alongside Alice Cooper in May 2022, The Cult return to life on the road as they embark on a July tour of North America. The dates kick off in St. Paul, MN and conclude July 30 in Orillia, ON.  The tour includes stops in Chicago, New York City, and Detroit.  Tickets are on-sale here.

Previous article
AMON, TO THE HEATHENS
Next article
ALPHABET FROM A-Z